PANORAMA LATINX is an initiative of the Gene Siskel Film Center dedicated to year-round Latin American film programming. We engage the dynamic Latinx community of greater Chicago through showcasing the work of emerging and established Latinx filmmakers, educational screenings, and community partnerships. 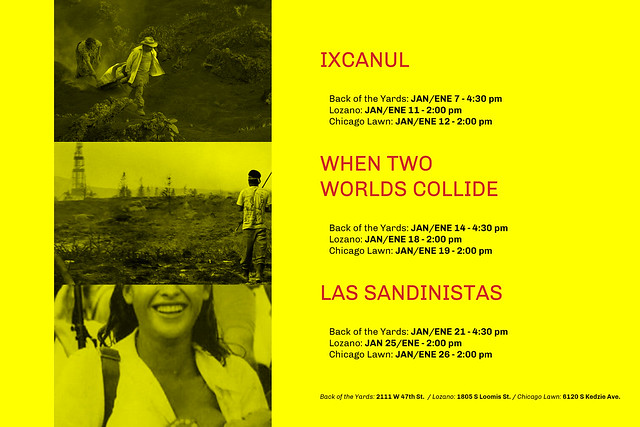 Rich, alone, and pregnant Ana (Estiano) hires down-on-her-luck Clara (Zuaa) as nanny-to-be and something more in this supernatural fantasy that shades into horror-tinged darkness when a lesbian romance under the full moon becomes an omen for things out of this world. An incisive and sometimes humorous look at push-pull class warfare takes a sharp turn when a mother's hunger for blood and a horrific birth usher Clara into a new role as the surrogate mother, protector, and guard to a little boy with the unique characteristics of his mysterious and unknown father. In Portuguese with English subtitles. DCP digital. (BS)

"A fascinating window on the challenges of meeting often rarefied expectations within haute cuisine circles…will satisfy the appetites of both the curious and the food-focused alike." - Justin Lowe, Hollywood Reporter

The much-honored Spanish restaurant elBulli, which closed in 2011, was once considered the best in the world, but this intriguing foodie documentary reveals a rival - a sibling rival, that is. While elBulli's head chef Ferran Adriá was proclaimed a genius, it seems that behind the scenes simmering wasn't confined to stockpots. Over a four-year period, filmmakers Collado and Loomis follow the story of Ferran's former partner and co-chef, younger brother Albert, as he steps out of the long shadow of elBulli's legacy and stakes his own claim to fame on an ambitious string of five restaurants in Barcelona's theater district, each featuring a different wildly innovative cuisine. Mouths will water as the film details the creation of Enigma, the seriously experimental eatery that Albert hopes will seal his place in gastronomic history. In Spanish with English subtitles. DCP digital. (BS)

"Nothing short of extraordinary...In a little over an hour and a half, ARABY captures a whole world." - Leonardo Goi, The Film Stage

"The road was my home," says Cristiano, the unassuming worker and wanderer whose status as the protagonist of this proletarian saga does not become clear until twenty minutes into the film. It is at that point that another character - a teenage boy trapped in a stifling Southeastern Brazil factory town - discovers Cristiano's journal. Scrawled into a spiral notebook, the document opens up a hardscrabble Arabian Nights treasure chest of tales within tales, campfire-lit songs, crime and punishment, jobs that come and go, love found and lost and found again, and hard-won political awakening. This critically acclaimed film evokes the Dardenne Brothers' working-class fables, Wim Wenders's bluesy road movies, and Agnès Varda's fragmented odyssey VAGABOND, but with an understated, evocatively universal power all its own. In Portuguese with English subtitles. DCP digital. (MR)

The box office opens one hour before the first showtime of the day.