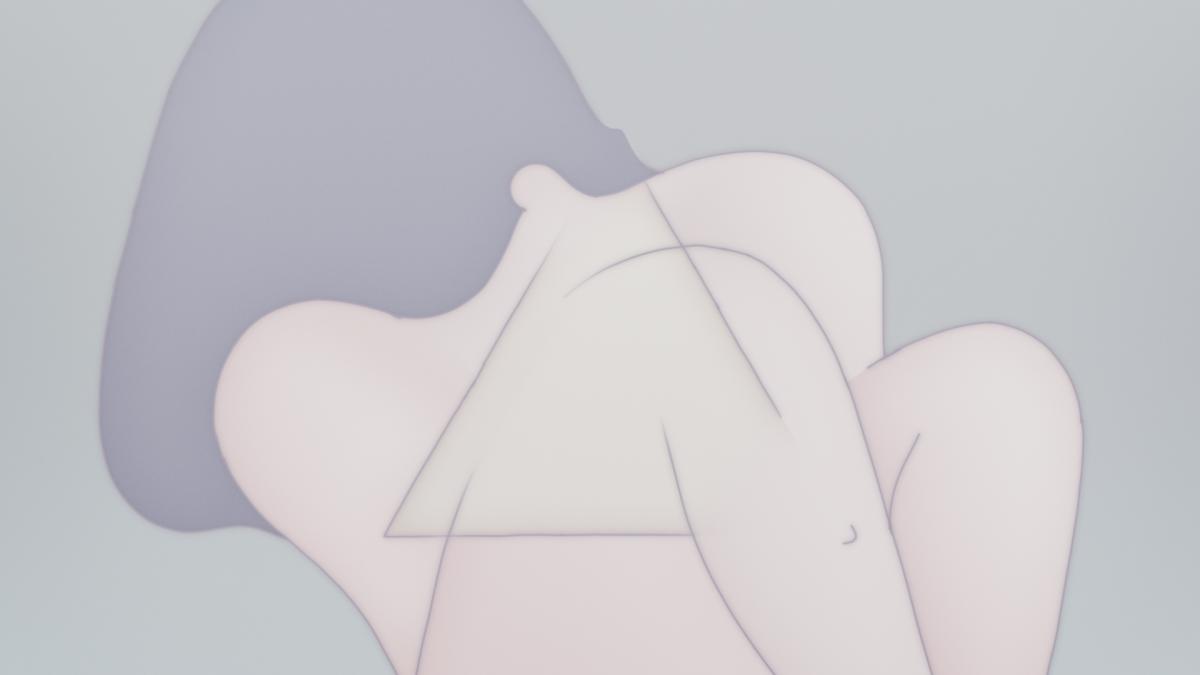 Screening followed by a discussion with the filmmakers. Free for SAIC and DePaul University students; tickets will be released Sunday, October 23*.

October 27 at 6pm | Anxious Bodies explores the fraught terrain of bodies, relationships, and power through the work of six award-winning contemporary women animators, including Yoriko Mizushiri, Martina Scarpelli, Shoko Hara, Nadja Andrasev, Lénaïg Le Moigne, and Tal Kantor. Through sinewy line drawings, lush water colors, and striking, multidimensional collages, their films mine the complex boundaries between desire, shame, repulsion, and fear. All were produced by or in cooperation with Miyu, the French production company behind some of the last decade’s most striking and challenging animated films.

Presented in partnership with DePaul University's School of Cinematic Arts and the Video Data Bank.

ANXIOUS BODY
Yoriko Mizushiri, 2022, 2D digital, 6 minutes
Living things, artificial things, and the space in between. The sensuousness of touch, pain, and pleasure rendered through kaleidoscopic shapes and scalpel-sharp lines.

EGG
Martina Scarpelli, 2018, hand-drawn animation, 11 minutes
A woman is locked in her home with an egg, which she is both attracted to and repulsed by. She eats the egg, she repents. She kills it. She lets the egg die of hunger. Based on a small yet significant moment of the director's own life.

CLEMENCE’S AFTERNOON
Lénaïg Le Moigne, 2017, hand-drawn animation, 10 minutes
When Clemence and her parents arrive late to a big country picnic, the bucolic setting belies the sense of creeping dread evoked through the cruel games of the other children already playing there.

LETTER TO A PIG
Tal Kantor, 2022, hand-drawn animation and live action, 10 minutes
A Holocaust survivor reads a letter he wrote to the pig who saved his life. During his testimony, a young student sinks into a dark reverie, meditating on collective trauma, vengeance, human evil, and compassion.

Yoriko Mizushiri is a freelance film director from Aomori Prefecture in Japan. Her works offer new perspectives on the body through her use of movement, pastel colors, and a focus on tiny gestures. They have garnered awards at some of the most important festivals for animation, including the Annecy International Animation Film Festival and Animafest Zagreb. Mizushiri graduated from the Joshibi University of Art and Design in Sagamihara, Japan.

Nadja Andrasev is a Hungarian animator. Her film SYMBIOSIS won the Jury Award for Best Animated Short at South by Southwest in 2020. Since then, the film has been selected at over 100 festivals, winning 24 prizes, including the Zlatko Grgić Award for Best First Film at Animafest Zagreb and Best International Short at Riga International Film Festival, as well as being qualified for the Oscars and shortlisted for a César Award in 2021. Andrasev graduated from the Moholy-Nagy University of Art and Design in Budapest in 2015.

Shoko Hara was born in Okayama, Japan and emigrated to Germany at the age of 10. She received her Bachelor of Arts in Media Design at the DHBW Ravensburg. She studied motion design at the Filmakademie Baden-Württemberg from 2012-16, with an emphasis on analogue and experimental works in graphic design and art. She currently teaches motion graphics at the DHBW Ravensburg and works as a freelance motion designer and animation director for commercials, spots, and music videos.

Lénaïg Le Moigne is a French animator. She graduated from the School of Animation Cinema Professions (EMCA) in 2015.

Tal Kantor is an award-winning independent animation filmmaker and visual artist. In her animated works, Tal uses a unique technique combining drawing, photography, video, painting, and animation. She received her BFA from the Bezalel Academy of Arts and Design in Jerusalem, where she currently lectures at the Screen-Based Arts Department. She is also an animation director and concept-art developer for numerous films and art projects.