Opening Night
A Black Harvest Feast
Enjoy this feast of talent through five short films that provide a provocative taste of the festival to come.
VIEW DETAILS

Closing night film
THE KILL HOLE
Our 2020 Black Harvest closes with a tribute to the illustrious career of Chadwick Boseman.
VIEW DETAILS 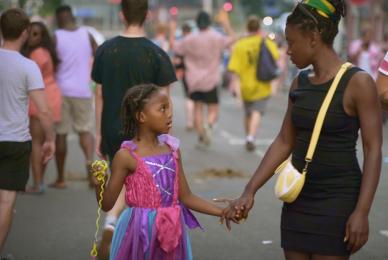 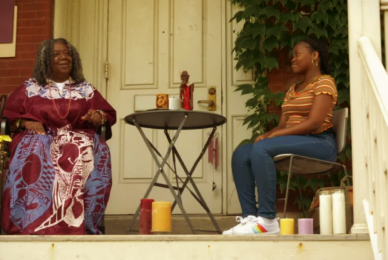 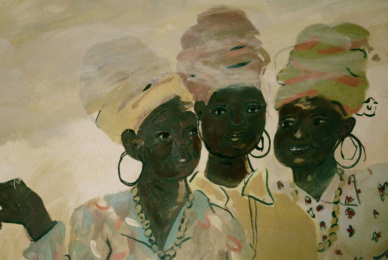 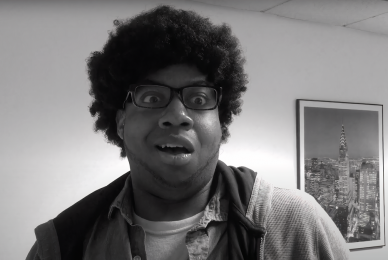 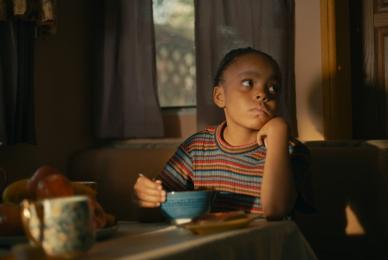 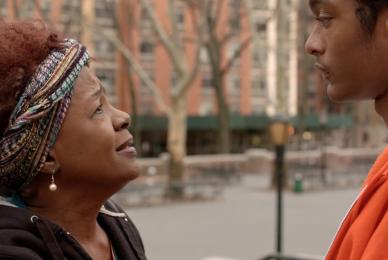 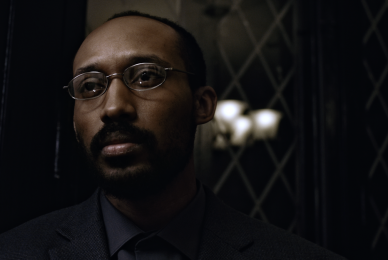 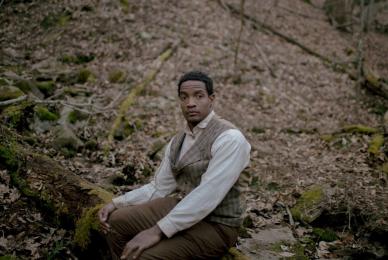 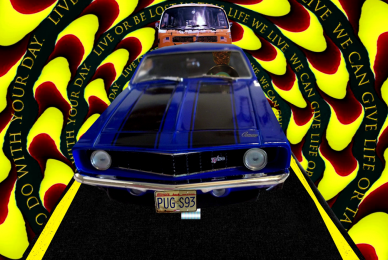 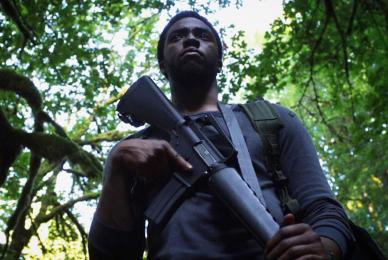 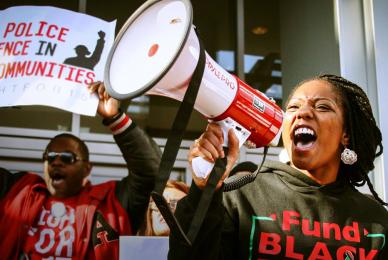 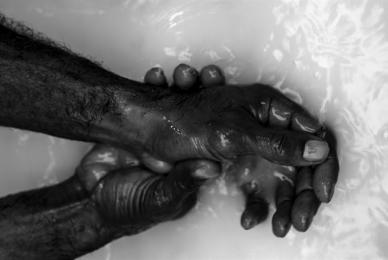 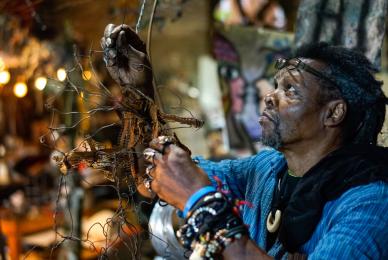 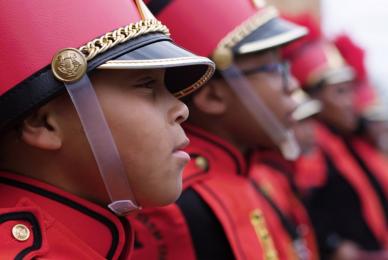 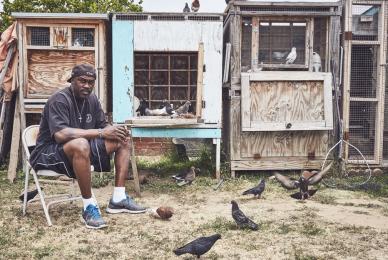 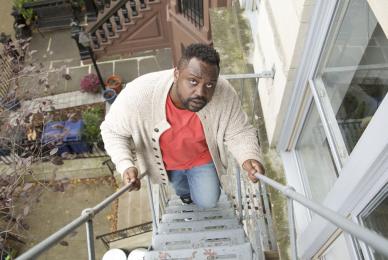 THE OUTSIDE STORY
Casmir Nozkowski2020 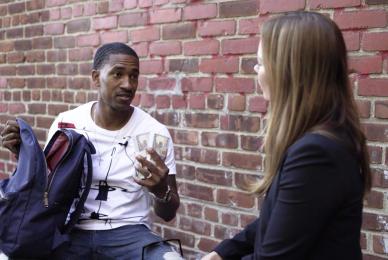 THE NEXT STEP
Saquan Jones2020 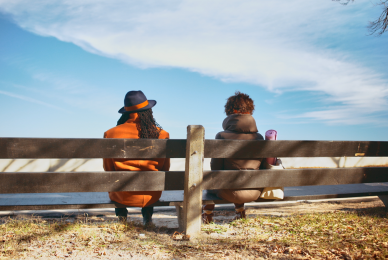 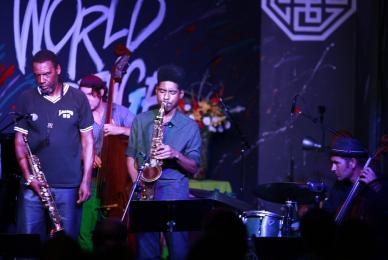 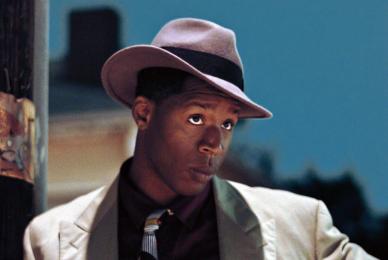 From November 6 through 30, the Gene Siskel Film Center welcomes you to the first-ever all-virtual edition of the 26th Annual Black Harvest Film Festival.  In this year of many challenges, we have worked with filmmakers, our Black Harvest Community Council, and partnering sponsors including the National Endowment for the Arts to reimagine the film festival experience for your at-home enjoyment.

What it means for you as a viewer:  the convenience of having up to fourteen days to view most feature films and shorts programs on your preferred device at your chosen time; more personal encounters with filmmakers in participatory online discussions, panels, and workshops; perks like online viewing parties, networking opportunities, and other fun events.  Keep checking our website at www.siskelfilmcenter.org for updates and additions.  All films are Chicago premieres!

A Black Harvest Feast, our opening night program on Friday, November 6 at 7:30 pm, is hosted by NBC Chicago’s LeeAnn Trotter, our Master of Ceremonies, and features a unique parade of filmmakers in a virtual red carpet to kick off the festivities.  Mayor Lori E. Lightfoot and First Lady Amy Eshlman serve as the honorary festival co-chairs, welcoming patrons via video.  The Black Harvest Feast program of five short films ranges from local to international, providing a true taste of the festival’s diverse array of upcoming offerings.

Closing night on Monday, November 30, honors the career of the late and universally mourned star Chadwick Boseman, with a tribute program including Mischa Webley’s THE KILL HOLE.  This independent thriller gave Boseman his first starring role in a feature film, which had its Chicago premiere in the 2012 Black Harvest Film Festival.  Director Webley will make an online appearance to discuss his working relationship with Boseman.  In the evening’s very special presentation, Chicago-based film archivist, academic, author, Turner Classic Movies host, and most recently-named Chief Artistic and Programming Officer of the Academy Museum of Motion Pictures, Jacqueline Stewart will receive the Black Harvest Film Festival Legacy Award.

Film noir is the underlying influence in the lush feature BROWN PAPER BAG, set in 1942 Hollywood, where an unemployed Black actor segues into a job as a private eye in his pursuit of the Hollywood dream.  Comic encounters involving the neighbors on a Brooklyn block play out when a down-on-his-luck film editor accidentally locks himself out of his apartment in THE OUTSIDE STORY, featuring rising-star actors Bryan Tyree Henry and Sonequa Martin-Green.  A weekend gathering of longtime friends devolves into a wry comedy in THE NEXT STEP, when the party’s host and his guests become rivals.

Films made by or featuring Chicagoans are seen in the shorts program The Chicago Connection.  Shorts by Chicago directors also appear in programs throughout the festival, including on opening night and in the shorts programs Love African American Style, Voices of Our Time, and Women of Color

Filmmakers probingly and creatively tackle issues including systemic racism, policing, prejudice, and inequity in the program Voices of Our Time.  The Richard and Ellen Sandor Family Black Harvest Film Festival Prize for best short film will be awarded to the short TIMOUN AW (YOUR KID) by Nelson Foix of Martinique, at the Tales from Other Shores international program on November 13.

Our festival documentaries tell remarkable stories and revolve around themes of leadership and community.  RIVER CITY DRUMBEAT, packed with vibrant drumming sequences, traces the story of a grassroots Louisville drum corps, where youth find new meaning in connecting with African traditions.  The transformative powers of music and mentorship are at the heart of THE GATHERING: ROOTS & BRANCHES OF LOS ANGELES JAZZ, featuring dynamic progressive-jazz performances by legendary musicians and emerging talents alike.  The nurturing tight-knit African American community of South Central Los Angeles men who pursue a unique and all-encompassing hobby is explored in fascinating depth in PIGEON KINGS.

Mentoring two street-smart Newark boys proves to be a rough road for a New Jersey Muslim casket maker when his own checkered past comes back to haunt him in the evocative documentary TWO GODS.  Hard-won triumph over a life of early adversity and abuse characterizes THUMBS UP FOR MOTHER UNIVERSE: THE LONNIE HOLLEY STORY, a compelling portrait of the singularly original artist and musician whose work is now collected by the Smithsonian and the Metropolitan Museum of Art.

Check our website for an array of panels and workshops involving lively in-depth discussion and audience participation, including the November 10 panel Who Tells the Story, featuring veteran documentary director Stanley Nelson (THE BLACK PANTHERS: VANGUARD OF THE REVOLUTION) discussing who has agency to tell the stories of the Black experience, and on November 24, the panel How Culture and Film Move Movements discusses film as an instrument of social change.

All festival films are eligible for the Audience Award, so be sure to check our website to discover how to make your opinion count.  Our website www.siskelfilmcenter.org is also your source for late-breaking news on special events and appearances, so do check often.

The Black Harvest Film Festival is supported by the National Endowment for the Arts; the Illinois Arts Council, a state agency; and the Chicago Department of Cultural Affairs and Special Events, and BMO Harris, Allstate, Locke Lord, Gilead Sciences, NBC 5 Chicago, and ComEd.  Special thanks to festival consultant Sergio Mims, our Black Harvest Community Council, and the many filmmakers who help make this festival possible

Welcome to the 26th Annual Black Harvest Film Festival. Presented November 6 - 30 as a streamed festival, we are delighted to be able to bring the BHFF right into your homes. The year 2020 has proven to be a year like no other, but the one constant is our need to come together (even remotely) to share our stories and celebrate our shared humanity. This year we are especially honored to have Mayor Lori E. Lightfoot and First Lady Amy Eshleman serve as Honorary Co-chairs of the Black Harvest Film Festival. Along with the Mayor and First Lady, I invite you to join us for the 26th Annual Black Harvest Film Festival to explore films that portray the full range of the Black experience on film.

I am particularly proud of this year’s Black Harvest Film Festival. In addition to the over 50 film premieres, we have increased the number of panels presented so that we can add to the national conversation on race. I encourage you to participate in this public discourse on topics such as who has agency to tell stories of the Black experience and how films have been used to effect social change.

A first this year is Fresh Perspectives, a selection of short films created by young Chicagoans, followed by a conversation with the rising stars. Other highlights include the opening night celebration, with mistress of ceremonies NBC 5’s LeeAnn Trotter and the screening of five short films; the presentation of the Richard and Ellen Sandor Family Black Harvest Film Festival Prize on November 13, a monetary award presented to the director of the best short film; and culminating with a very special closing night, as we present the Black Harvest Film Festival Legacy Award to Jacqueline Stewart and pay tribute to Chadwick Boseman with a screening of KILL HOLE, an early Chadwick Boseman film that premiered at the BHFF in 2012.

We are eternally grateful for the generous support from foundations, individuals, and corporations. I want to especially thank Allstate, BMO Harris, ComEd, Gilead Sciences, Locke Lord, The Richard and Ellen Sandor Family Foundation, Felicia Middlebrooks, the National Endowment for the Arts, Illinois Arts Council, the CityArts Grant, WBEZ, and NBC 5 Chicago. This festival would not be possible without the advocacy and guidance of the Black Harvest Community Council, this year chaired by Troy Pryor and NK Gutiérrez. I would also like to take this opportunity to thank the small but mighty staff of the Gene Siskel Film Center; I am truly honored to be among such hardworking, creative, and dedicated individuals.

In the aftermath of the killing of George Floyd, we gathered the Black Harvest Community Council together with the Gene Siskel Film Center staff to discuss how the Film Center could use our platform in service of the movement to bring about racial justice and equity. The response was unanimous: tell our stories, present the best Black Harvest Film Festival. In addition to the array of films, this year’s festival has merchandise benefitting local racial equity organizations, a section of the BHFF website dedicated to highlighting Black-owned businesses, and a showcase of the very best from young Chicago filmmakers. So here you have it, in its 26th iteration—with a few transformations—the Black Harvest Film Festival.

Thank you to our Sponsors

Thank you to our Sponsors 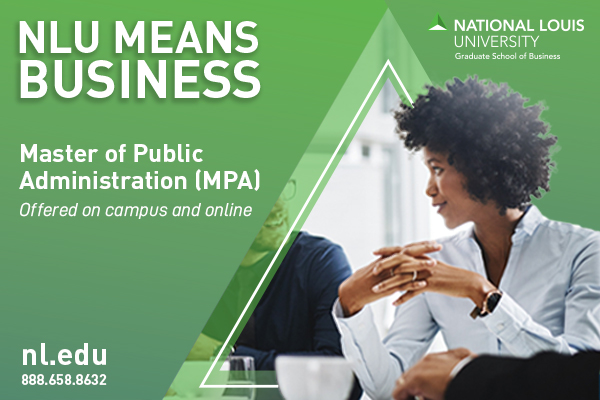