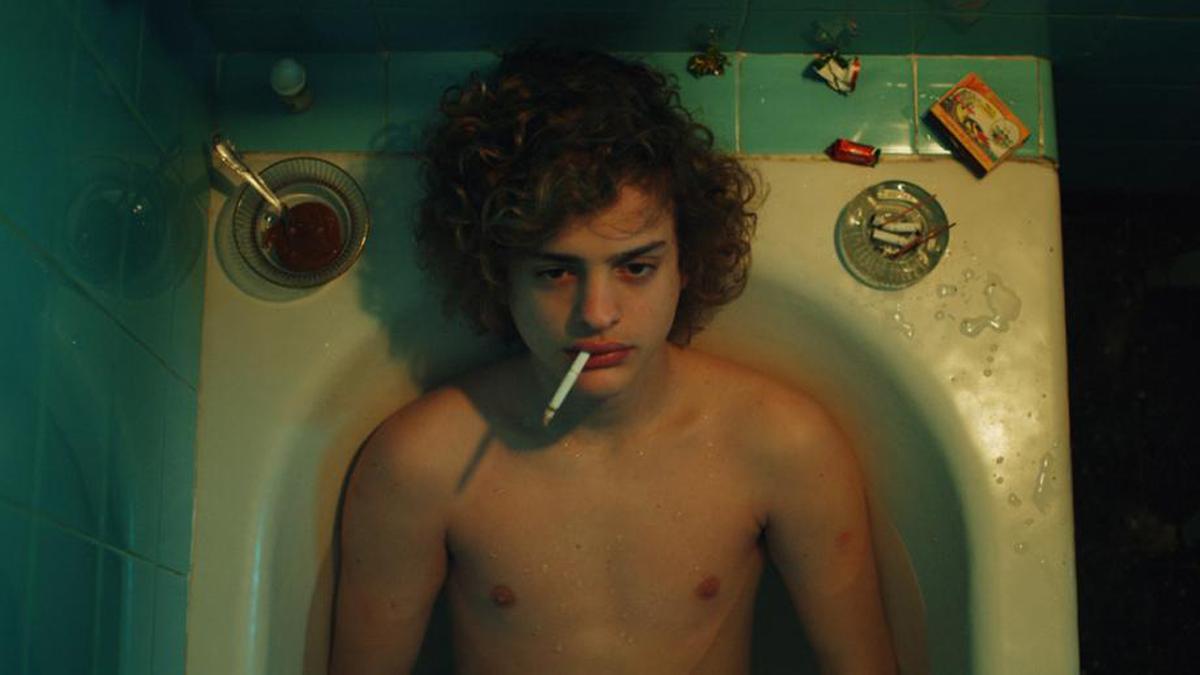 Remorseless murder, ambiguous sexuality, and the disarming power of male beauty make
for a recipe for mayhem in this amoral yet picaresque tale produced by Pedro Almodóvar,
and based on the real-life story of Carlos Robledo Puch, a legendary serial killer known
as “the Death Angel,” who terrorized Argentina in the Sixties. Carlitos (Ferro), a wild-
child teen with a mop of golden curls and the heavy-lidded gaze of a born seducer, teams
up with working-class dandy Ramón (Darín) during a stint in reform school. Ramón’s
low-life dad provides the natural habitat for launching heists of drugs, jewelry, guns, and
more, but the daring of their angelic new accomplice leaves them bringing up the rear on
the runaway train that is Carlitos. Director Ortega splashes the film with outsized
sensuality, homoerotic attraction, and a rock ‘n’ roll sensibility, as sexuality and the taste
for transgression merge in one reckless and irresistible package. In Spanish with English
subtitles. DCP digital. (BS)