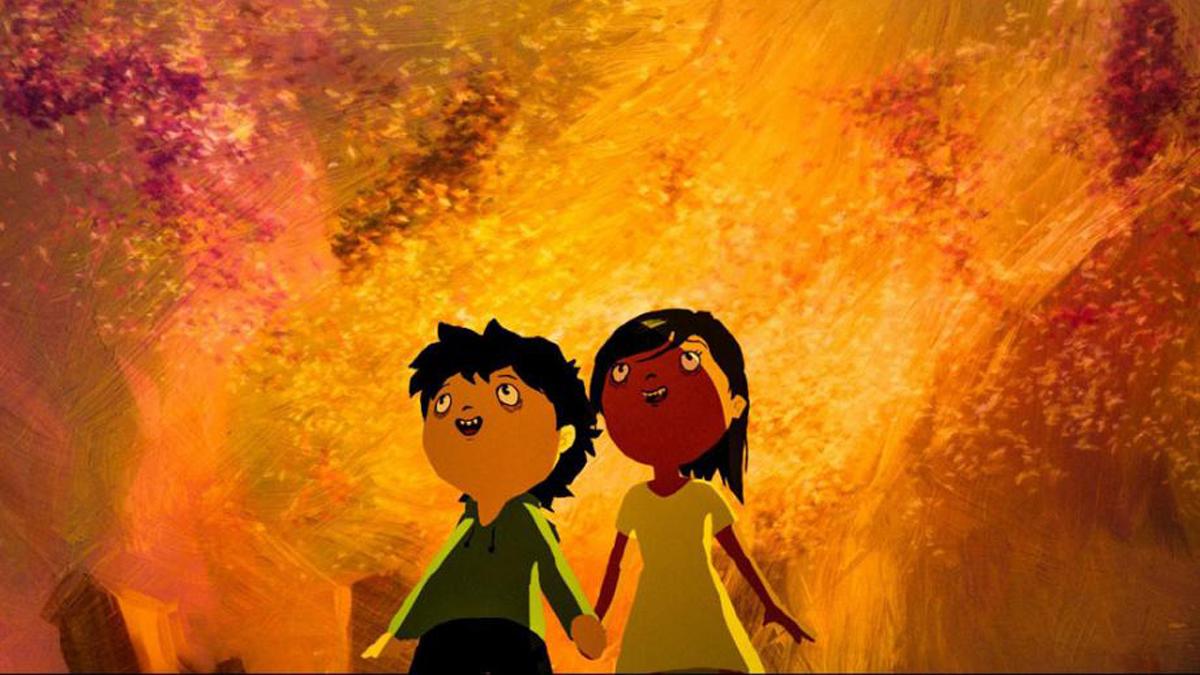 Tito and the Birds

“Audiences of all ages will benefit from its beautiful images and sharply scripted story…surreal and hypnotizing.”--Barry Hertz, Toronto Globe and Mail

This timely and fast-paced animated adventure story takes a flight of fancy through a world in the grip of an epidemic of fear. Ruled by an evil media-mogul despot who spreads lies and threats, the population cowers in the safety of a domed community. A lone scientist believes that the birds are trying to give mankind a message, and he begins to build a machine to translate their songs into human speech. An accident destroys the machine and its inventor disappears, but his wide-eyed ten-year-old son Tito understands the urgency of his dad’s mission. Guided in a dream by a bird drawing that takes flight from an ancient cave painting, Tito recruits his friends Sarah and Buiú to join him in following the bird’s clues in order to rebuild his dad’s machine and avert a global crisis. Colorful and lusciously textured oil-painted imagery combines with digital drawings and computer animation for a haunting allegory suitable for all ages. In Portuguese with English subtitles. DCP digital widescreen. (BS)