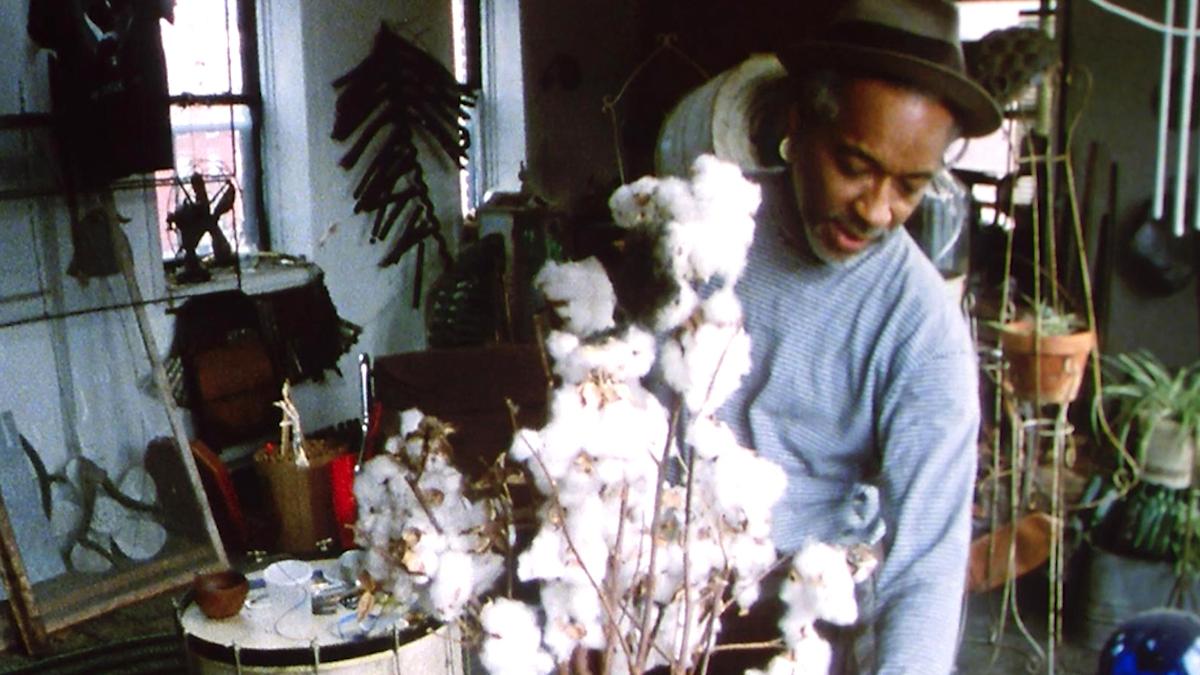 THE MELT GOES ON FOREVER: THE ART AND TIMES OF DAVID HAMMONS

October 16 at 2:45pm | This striking portrait chronicles the career of the elusive African American artist and provocateur David Hammons. Born in Springfield, Ill., Hammons emerged as a powerful aesthetic force out of L.A.’s Watts Rebellion in 1965 and grew to become a globally recognized, category-defying figure whose radical work - featuring, among other things, brown paper bags, fried chicken wings, and snowballs - was rooted in a deep critique of American society and the art world elite. As Manthia Diawara once wrote in Artforum, “Like the work of his heroes Sun Ra and Thelonious Monk, Hammons’ art is decidedly anti-art.” Featuring eminent artists and curators, a trove of archival footage and animated sequences, and an evocative soundscape, THE MELT GOES ON FOREVER paints a rich and illuminating picture of one of the most singular artists of our time.