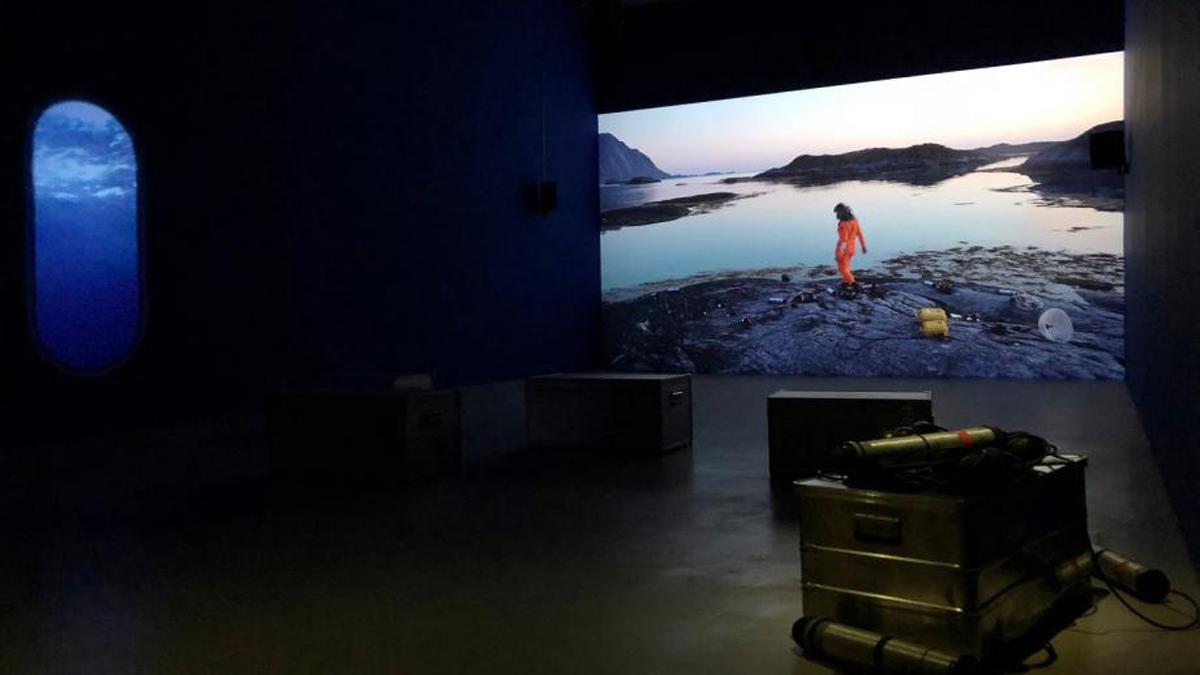 Join us for a talk with Swiss artist, author, and video essayist Ursula Biemann, whose visionary practice focuses on the planet’s changing climate and its ecological impact. A selection of her videos, including Deep Weather (2013), Forest Law (2014), Subatlantic (2015), and Acoustic Ocean (2018), are on view in the Gene Siskel Film Center’s virtual cinema from October 18 – 24.

Grounded in a research-based practice, Ursula Biemann’s videos, installations, and essays consider the relationship between politics and the environment across local, global, and planetary contexts. In recent years, her fieldwork has taken her from the Amazon, where indigenous people like the Inga are struggling to preserve their ecosystems and cosmovision, to the depths of the North Atlantic Ocean, where even deep sea creatures must navigate human-induced environmental change. Underscoring how people, flora, and fauna are intimately connected, Biemann’s projects challenge globalist models of resource extraction and exploitation while inviting viewers to rethink their relationships with the Earth.

In 2009, Biemann received the Prix Meret Oppenheim, the Swiss Grand Prize for Art, and in 2018, she was the recipient of the Prix Thun for Art and Ethics. She was awarded an honorary Ph.D. in Humanities by Umeå University (Sweden) and is on the board of the academic journal GeoHumanities.