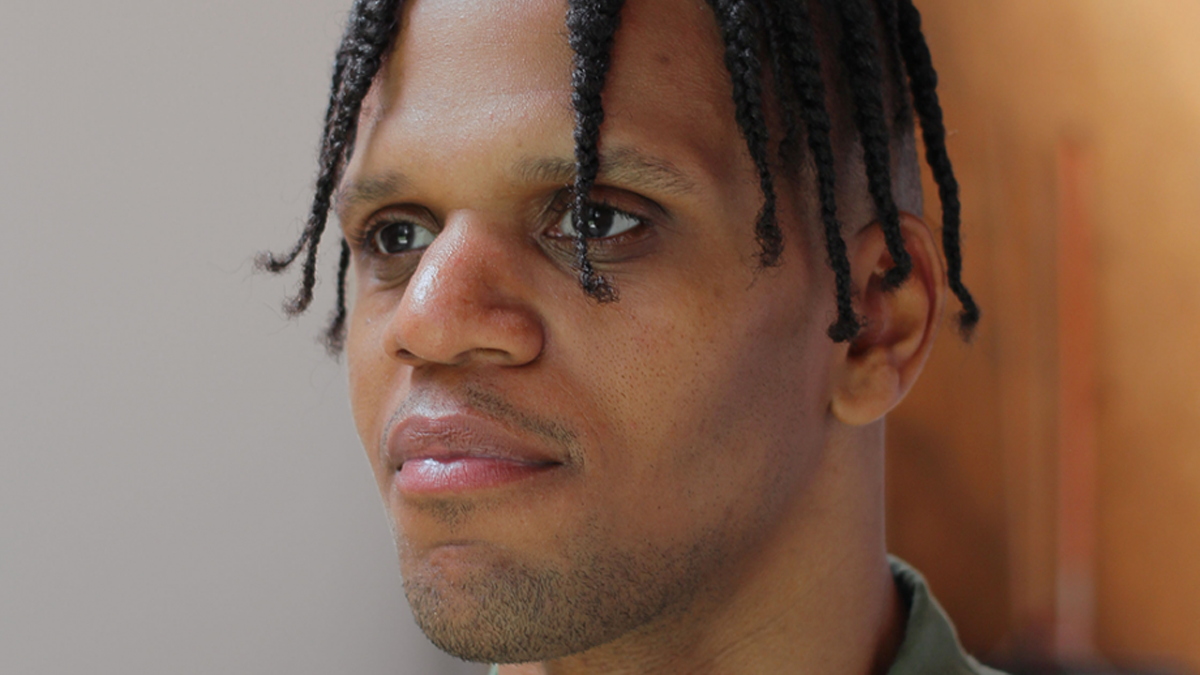 Join us for a talk by multidisciplinary new media artist American Artist, whose work examines Black labor and visibility within networked life. Their video, Blue Life Seminar, is on view in the Gene Siskel Film Center’s virtual cinema from October 4–10.

American Artist’s multidisciplinary practice spans new media, sculpture, and writing. In acclaimed projects like My Blue Window (2019), Artist criticizes artificial intelligence, mimicking the aesthetic of first-person games to lay bare the structural biases built into seemingly neutral policing technologies. In others, Artist imagines technologies that position Blackness as the basis of virtual creative possibility. Artist’s legal name serves as a foundation for these projects, suggesting that an “American artist” is Black, while at the same time resisting identification by digital systems.

Artist is a resident of Red Bull Arts Detroit, and a 2018–19 recipient of the Queens Museum Jerome Foundation Fellowship. They are a former resident of EYEBEAM and completed the Whitney Independent Study program as an artist in 2017. They have exhibited at the Whitney Museum of Art, New York; the Museum of African Diaspora, San Francisco; the Studio Museum in Harlem, New York; the Museum of Contemporary Art Chicago; and Koenig & Clinton, New York. Their writings have been published in The New Inquiry, the New Criticals, and Art21. Their work has been featured in the New York Times, Artforum, ARTnews, and the Huffington Post, among others. Artist is a part-time faculty at Parsons School of Design and teaches at the School for Poetic Computation.