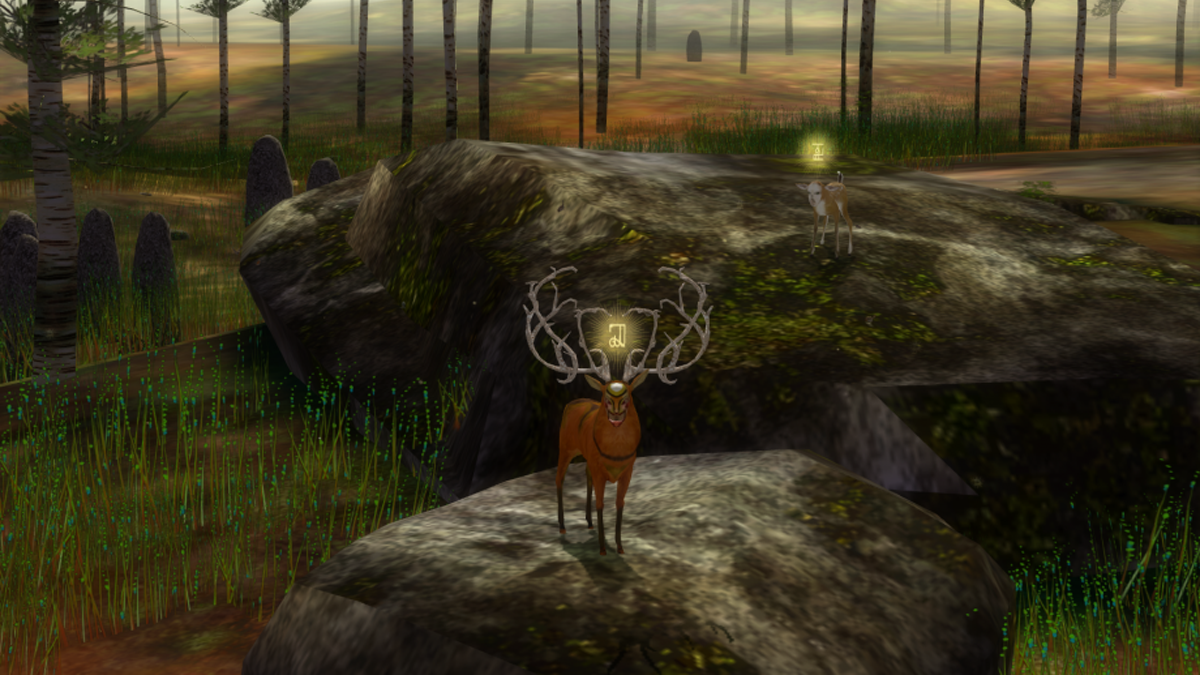 Join us for this discussion with net art pioneers and game developers Auriea Harvey and Michaël Samyn (Tale of Tales). Audiences are invited to join the artists in their free online multiplayer game The Endless Forest for a portion of this special event. Download here.

Since 1999, pioneering digital artists Auriea Harvey and Michaël Samyn have created a body of enormously influential games and internet art. Best known for works like The Endless Forest (2005/2021), The Path (2009), The Graveyard (2008), Luxuria Superbia (2013), and Sunset (2015), among others, Harvey and Samyn’s sensuous, multi-layered games, all produced under the name Tale of Tales, explore complex themes of agency, trauma, and connection, often through the avatars of women, girls, and people of color. The two began their joint career producing vanguard internet and networked art as Entropy8Zuper! In recent years, they have turned to mixed reality and immersive software under the moniker Song of Songs. With their immersive and responsive environments, Harvey and Samyn aim to produce emotionally rich experiences unique to the digital realm.

Harvey and Samyn have released eight video game titles, all available to the public through major game portals. In addition to being experienced by thousands on home computers around the globe, their digital art works have been included in significant international festivals and exhibitions such as the Garage Museum of Contemporary Art, Moscow; Tinguely Museum, Basel; Victoria & Albert Museum, London; Museum of the Moving Image, New York; Brooklyn Academy of Music; Museo Tamayo, Mexico City; Hammer Museum, Los Angeles; San Francisco Museum of Modern Art; Furtherfield, London; NEoN Digital Art Festival, Dundee; International Film Festival Rotterdam; Argos Festival, Brussels; and numerous editions of IndieCade; among many others. They have received numerous awards for their work, including a Nuovo award from the Independent Game Festival for Luxuria Superbia; design and sound awards from hoPLAY International Video Game Festival for The Path; and a Webby for their early site Entropy8Zuper!.org, among others. In addition to her collaborative partnership with Samyn, Harvey is professor of Games as Artistic Practice at Kunsthochschule Kassel.