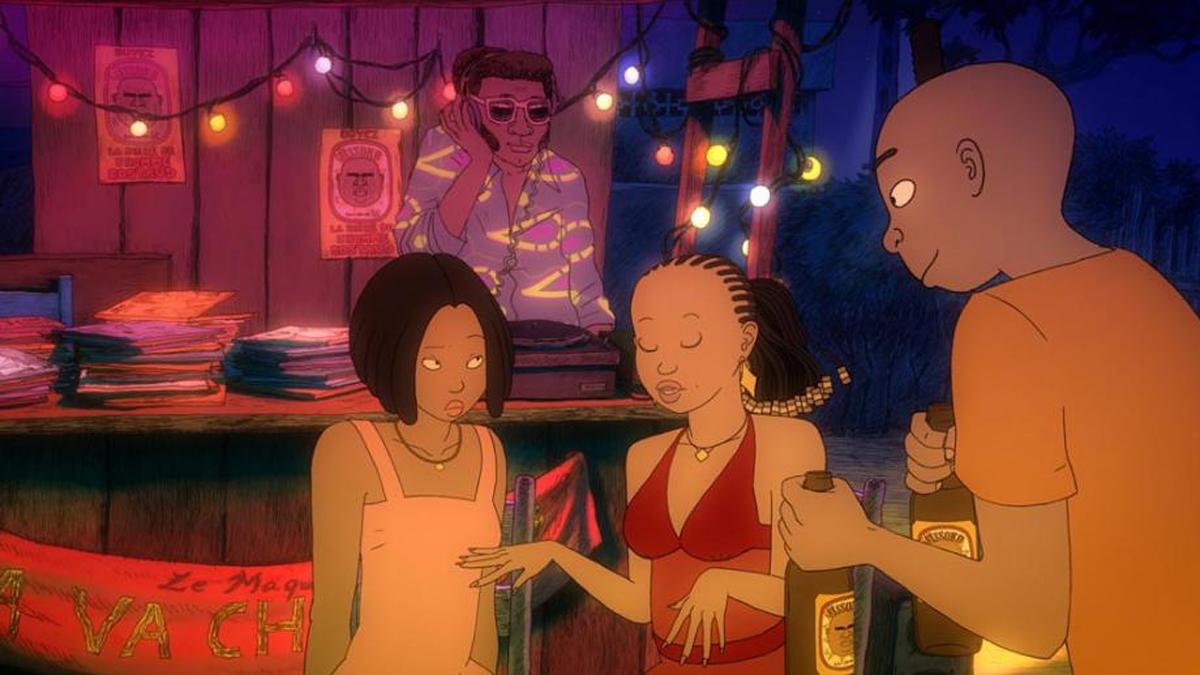 The production team behind THE RABBI’S CAT brings this coming-of-age graphic novel to the screen with all its wry, culturally acute West African humor intact. Never before released in the U.S., AYA OF YOP CITY weaves colorful tales of romantic misadventure around Aya, Bintou, and Ajoua, three lively best friends on the cusp of young adulthood in a working-class Ivory Coast suburb. Even as they party the nights away, level-headed Aya dreams of becoming a doctor, while her BFFs flaunt their assets and lay snares for men with money. A convenient lie scores Ajoua a shotgun marriage to the shiftless son of a brewery magnate, and Bintou gets stars in her eyes when a visitor from Paris flashes his cash. Three dramas connect deliciously by way of the neighborhood grapevine, and comeuppance is just around the corner. Note: Includes adult situations and sexual references. In French with English subtitles. DCP digital. (BS)