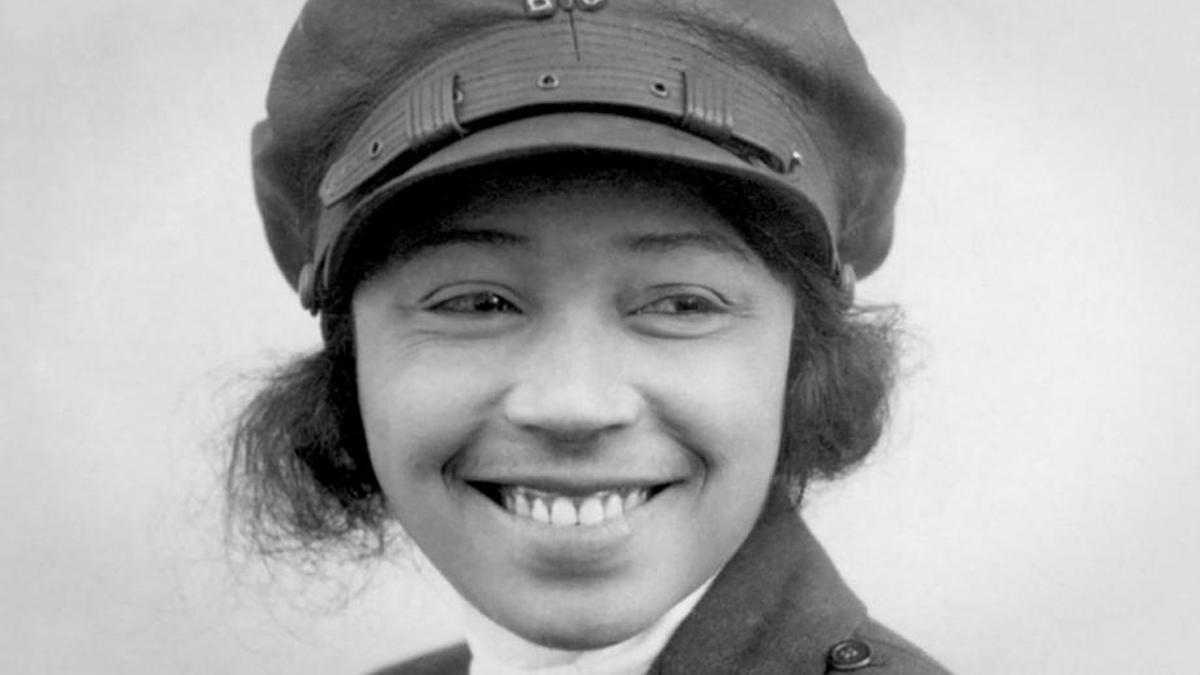 Pioneer aviatrix Bessie Coleman was the first African American woman to receive a pilot's license. This classy French production uses excerpts from Coleman's journals and sweeping aerial views of the sites where she learned to fly to accompany commentary by experts centered in France and Chicago—the two most important venues in her flying career. Born to a family of Texas sharecroppers, in 1916 the 24-year-old Coleman moved to Chicago, where she embraced the dream of becoming a flier. American aviation schools were closed to both Blacks and women, but Chicago Defender publisher Robert S. Abbott encouraged her ambitions and helped sponsor a trip to France, where she learned to fly. Returning to the U.S., Coleman gained fame as a barnstorming pilot, until her life was cut short by an aviation accident at age 34. Buried in Chicago's Lincoln Cemetery, she remains an inspiration for African American aviators (including astronaut Mae Jemison, who carried a picture of Coleman on her first space mission). In English and French with English subtitles. DCP digital. (MR) FF