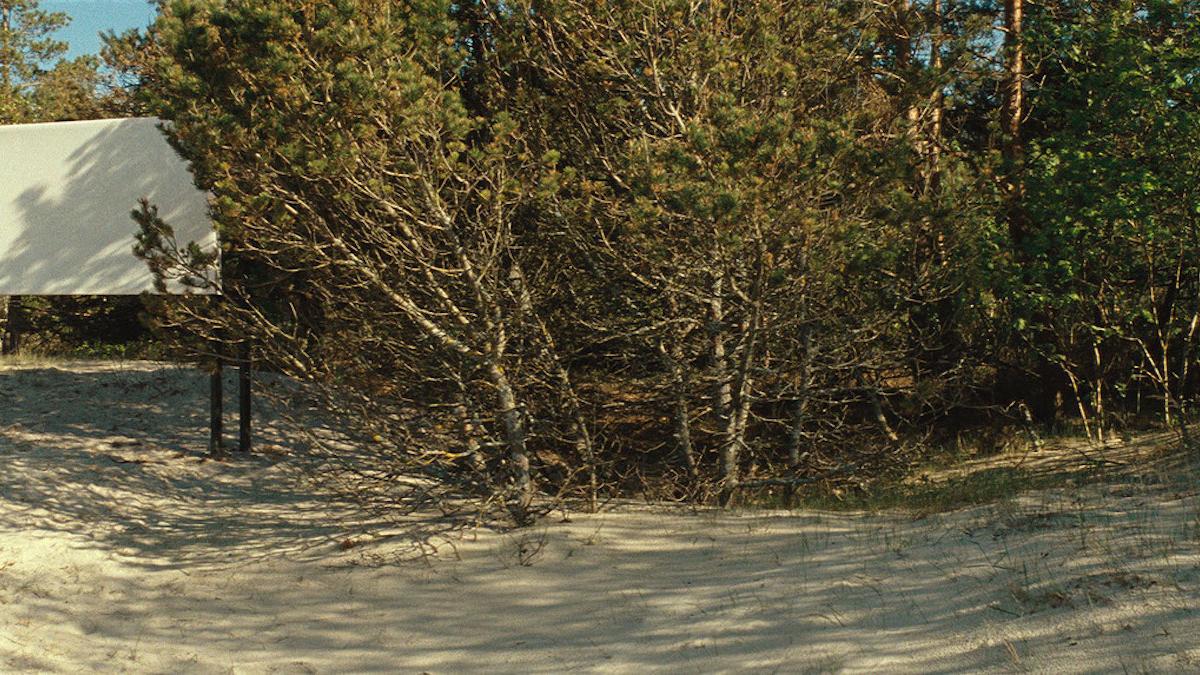 September 15 at 7pm | Ten years ago, if you walked into a random first run movie theater, there was still a chance that whatever you were watching would be projected on 35mm motion picture film. Ten years before that, it was almost a guarantee. Across the entire 20th century, there was nothing unique about seeing a film projected in 35mm. If a filmmaker shot their movie on 16mm or video and they wanted it seen widely, it was a given they’d blow it up to 35mm. In the present day, 35mm sits in an odd place, now a specialty format most exhibitors are no longer equipped to screen, when in recent memory it was just the way every theater received Twilight movies and Coca-Cola ads.

There may be fewer theaters equipped for 35mm than there were a decade ago, but filmmakers haven’t left it for dead quite yet. Artists are still finding new and exciting things to do with this hundred-year-old format, and working in another medium you’d be hard-pressed to replicate something like Alexandre Larose’s brouillard - passage #14 (a single 1000-foot magazine of film featuring 39 overlapping exposures of the same ten minute shot) or Mike Gibisser’s Slow Volumes (filmed on a custom 35mm camera made with projector parts supplied by the Chicago Film Society). The recent availability of inexpensive direct positive 35mm prints, printed directly from a video source file, has opened the format up to artists who would’ve never been able to afford to strike prints of their work during 35mm’s heyday (including a number of artists whose work originates on video, as seen in this very program with the films STONE and Elegy for J.M.). Plenty of film traditionalists are still kicking around too, still editing on Steenbecks and printing from A/B rolls. A few years ago they’d get called fetishists but can you name a 2022 release that looks as good as the print of Ted Fendt’s Broken Specs showing here? 35mm no longer enjoys the massive cultural presence it once had but surveying this collection of films drawn from the latest (and perhaps strangest) chapter in the format’s history, it’s hard to not feel excited by what the future has in store for it.

Films included in program (all 35mm):