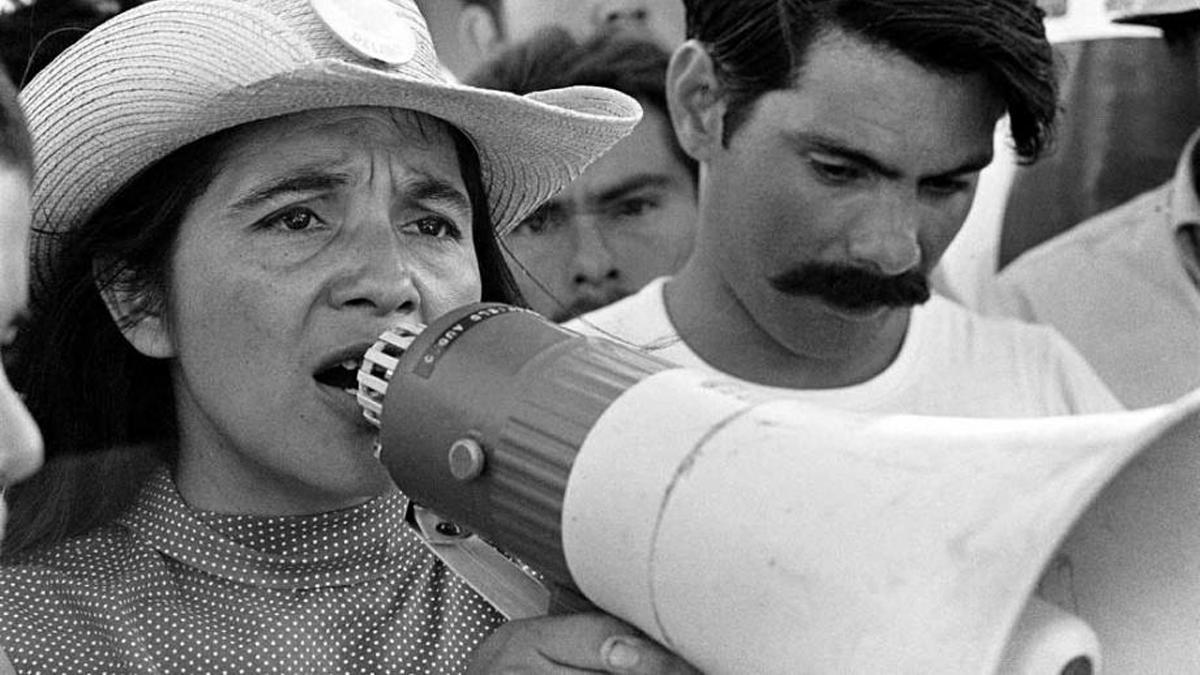 “Distills the complexity of an unstoppable woman and the impact she brought not only to workers’ rights but to the expanding role of women.” — Duane Byrge, Hollywood Reporter

The tumultuous life and groundbreaking work of Dolores Huerta, termed one of the most important yet least known activists in American history, are chronicled in this documentary that provides a compelling glimpse of history in the making. Co-founder with Cesar Chavez of the nation’s first farm workers’ union, and strategist of the 1965 California grape boycott, the 87-year-old Huerta is seen as a tireless lifelong champion of social justice for Latinos, migrant workers, immigrants, and women. Risking physical danger, weathering constant attacks on her character and fierce opposition from politicians including Nixon and Reagan, she becomes the soul of the farm workers' movement, its unsung hero, and its frequently unrecognized driving force. Director Bratt, who has personal connections to the movement, reveals a complete picture of this complex woman, from high-profile alliances with figures including Coretta Scott King, Robert Kennedy, Angela Davis, and Gloria Steinem, to her conflicted relationship with her eleven children. DCP digital. (BS)