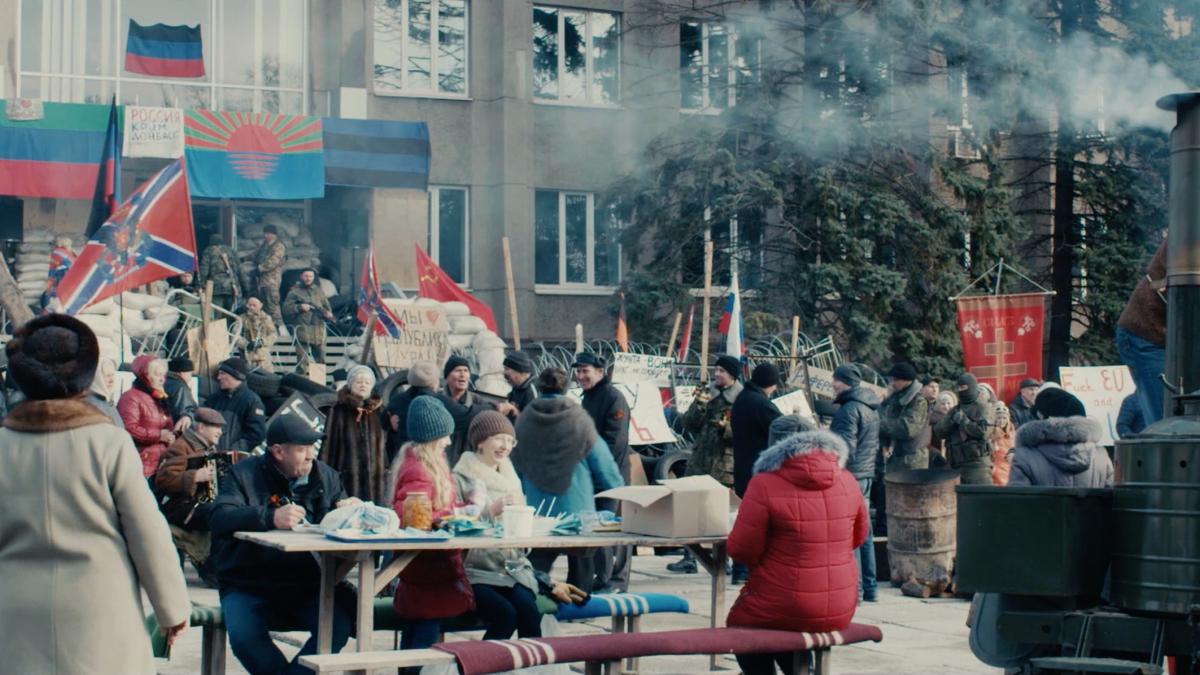 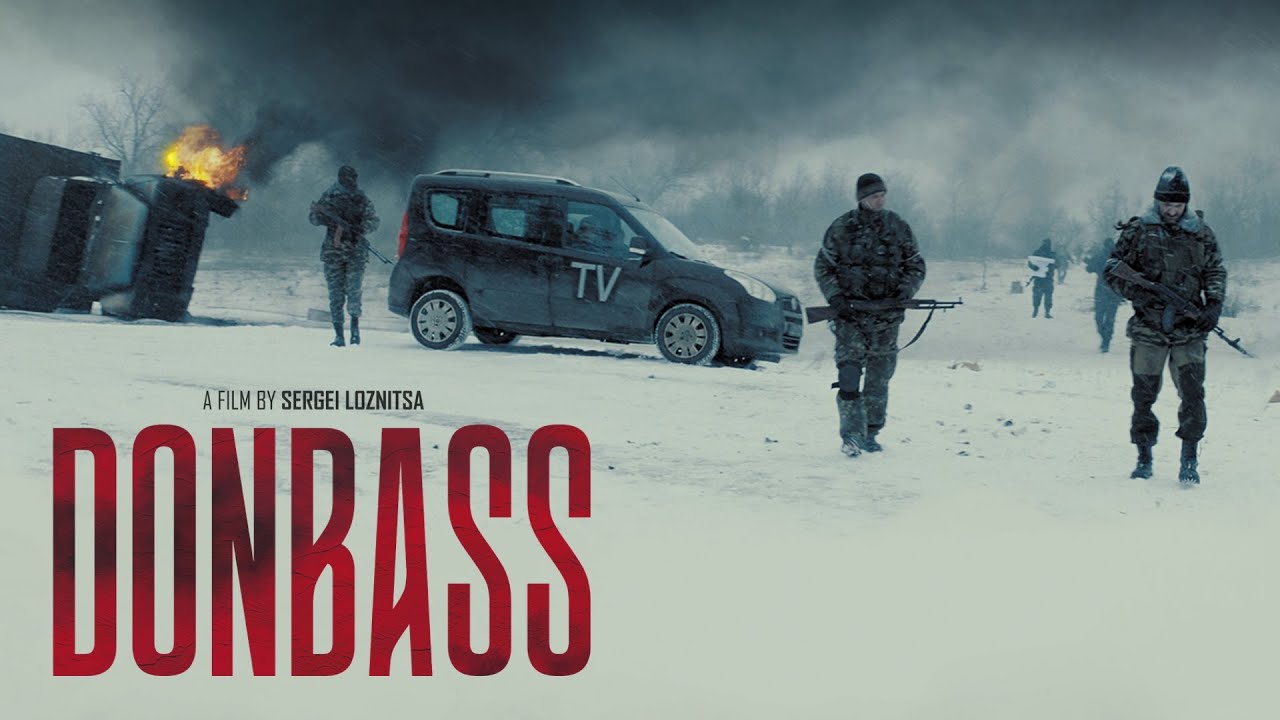 "There’s no other antiwar film quite like DONBASS, Ukrainian filmmaker Sergei Loznitsa’s brutally matter-of-fact, cynically comic string of vignettes depicting social destabilization in the titular war-ravaged region of eastern Ukraine. And yet, as the world grows ever more calloused toward propaganda-fueled division, official criminality and everyday armed conflict, we may need more films as bracing as DONBASS to slap us straight about where this is leading us all." - Robert Abele, Los Angeles Times

In the Donbass region of Eastern Ukraine, mid-2010s: a hybrid war takes place, involving an open armed conflict alongside killings and robberies on a mass scale perpetrated by Russian-separatist gangs. In the Donbass, war is called peace, propaganda is uttered as truth, and hatred is declared to be love. Life is suffused with fear and suspicion. What is real and what is fake news? Called "a darkly satirical omnibus of scathing vignettes" by the Washington Post, DONBASS serves as a crucial interpretation of the Russo-Ukrainian war, but the film is not, ultimately, a tale of one region or one conflict. It is about a world lost in post-truth and fake identities. It is about each and every one of us.