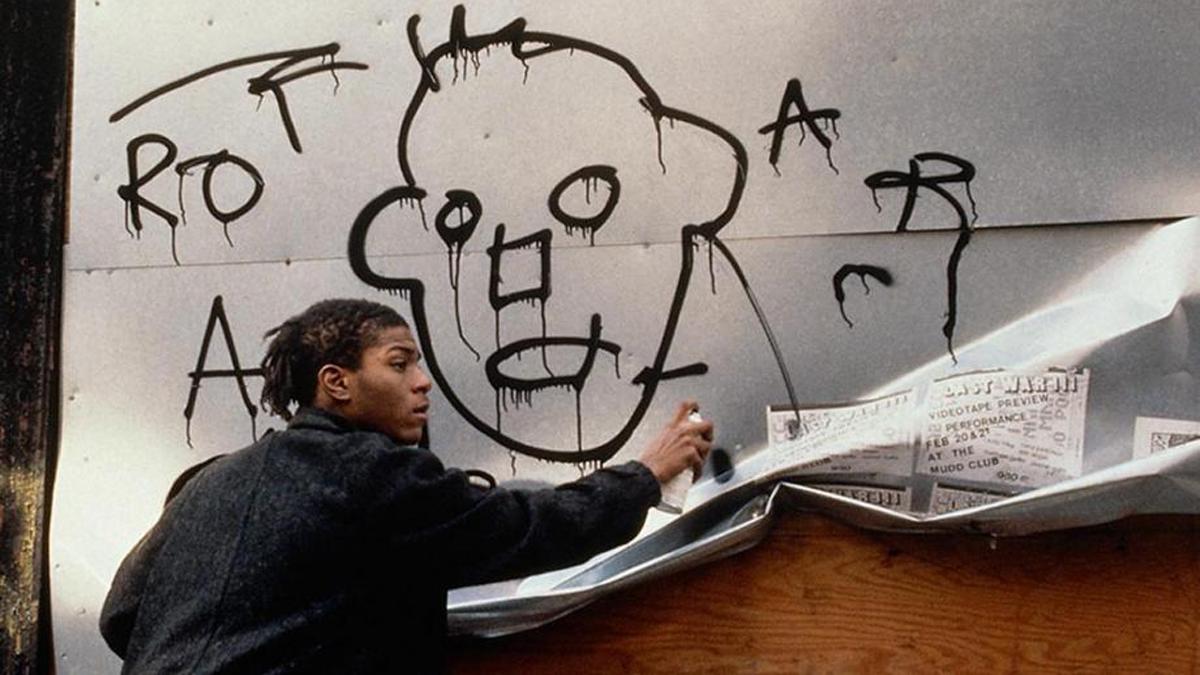 Scripted by influential columnist/editor/scenester Glenn O'Brien, this fascinating artifact was shot in 1980-1 under the title NEW YORK BEAT, interrupted by business problems, and completed twenty years later. The real Jean-Michel Basquiat, 19 years old and not yet famous, appears as a fictionalized version of himself. Evicted from his apartment, he wanders charismatically through the Lower Manhattan downtown scene, scrawling soon-to-be-priceless graffiti and listening to now-vintage musical acts, including DNA, The Plastics, Tuxedomoon, James White and the Blacks, and Kid Creole & the Coconuts. New 35mm print. (MR)