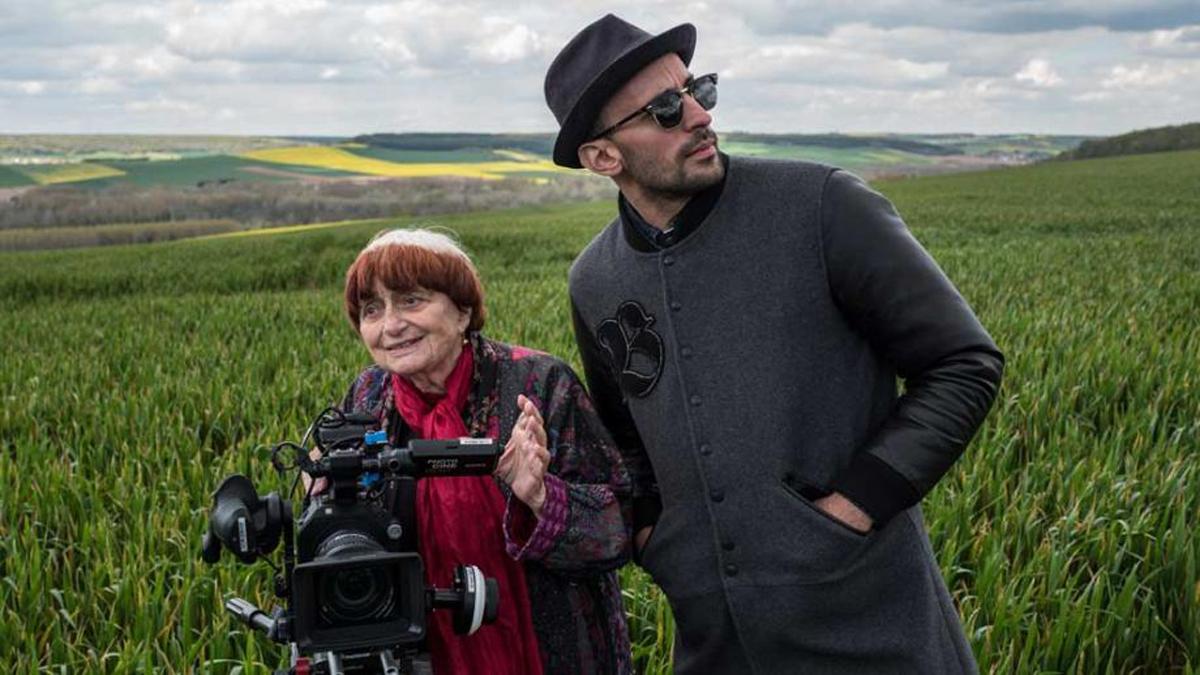 Leave it to 89-year-old Agnès Varda to make the zippiest, zestiest documentary of the year, a worthy successor to her late-career, notebook-like masterpieces THE GLEANERS & I and THE BEACHES OF AGNÈS. This time she takes along as her companion and co-director the photographer and installation artist JR, whose omnipresent dark glasses remind Varda of her former New Wave compatriot Jean-Luc Godard (who will figure in the film's bittersweet climax). Agnès and JR zigzag across northern France in his van/photo-booth, taking large-format pictures of the people they meet and turning them into gargantuan murals plastered on the sides of buildings, railroad cars, and cargo containers. The pattern of these spontaneous encounters seems almost random, but collectively they form an evocative mosaic that captures the spirit of present-day, working-class France. In French with English subtitles. DCP digital. (MR)