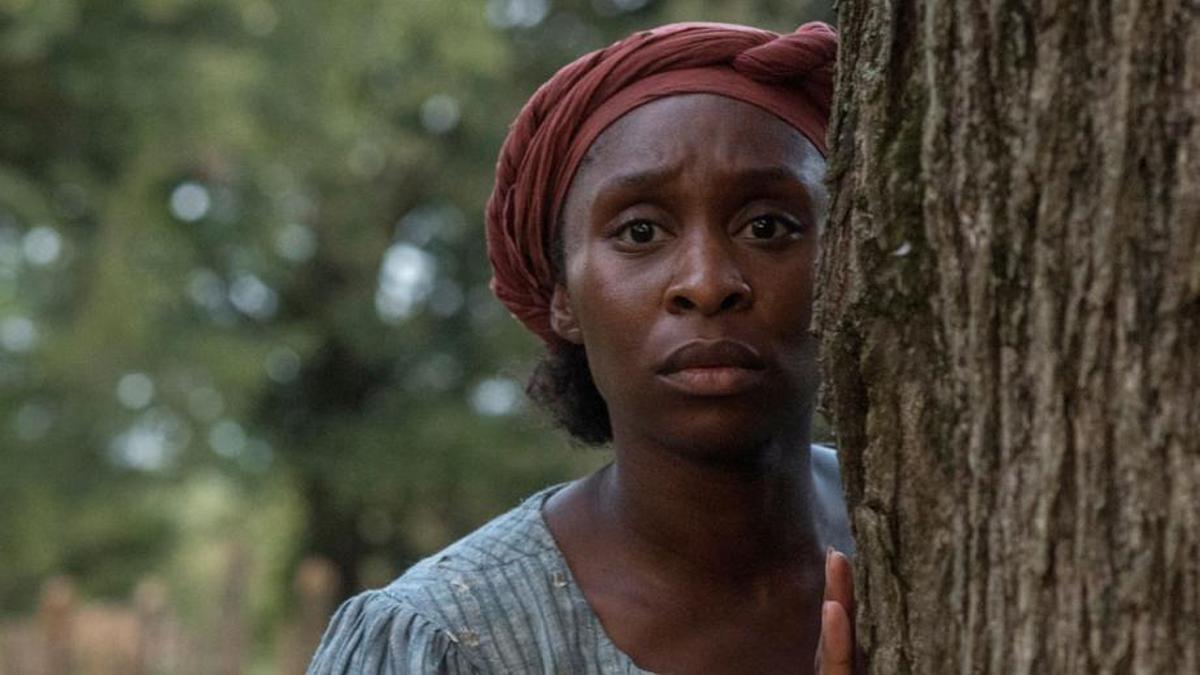 "A rousing and powerful drama."—A.O. Scott, The New York Times

"I made a decision early on I wanted this to be a movie you could take a sophisticated 10-year-old to. He could see it with his grandmother, and they could both really enjoy it."—Kasi Lemmons

Harriet Tubman, one of the most heroic figures in American history, gets a long-overdue screen treatment in this stirring biopic of the young slave woman who escaped to Philadelphia and then returned time and again to lead other slaves to freedom. Director Lemmons (EVE'S BAYOU) said that she wanted to avoid both "slavery porn" and the "fuzzification" of African American heroes. As brought to life by the intense and edgy performance of Cynthia Erivo (Tony-winner for The Color Purple), Harriet comes across as believably obstinate, impulsive, and passionately, even recklessly driven. Lemmons makes frequent use of gospel hymns and Harriet's mystical visions to underscore the importance of music and spirituality in African American life, while the effective use of Nina Simone's "Sinnerman" and action-movie tropes (including shout-outs to THE FUGITIVE and JAWS) give the film a more contemporary resonance. DCP digital widescreen. (MR)