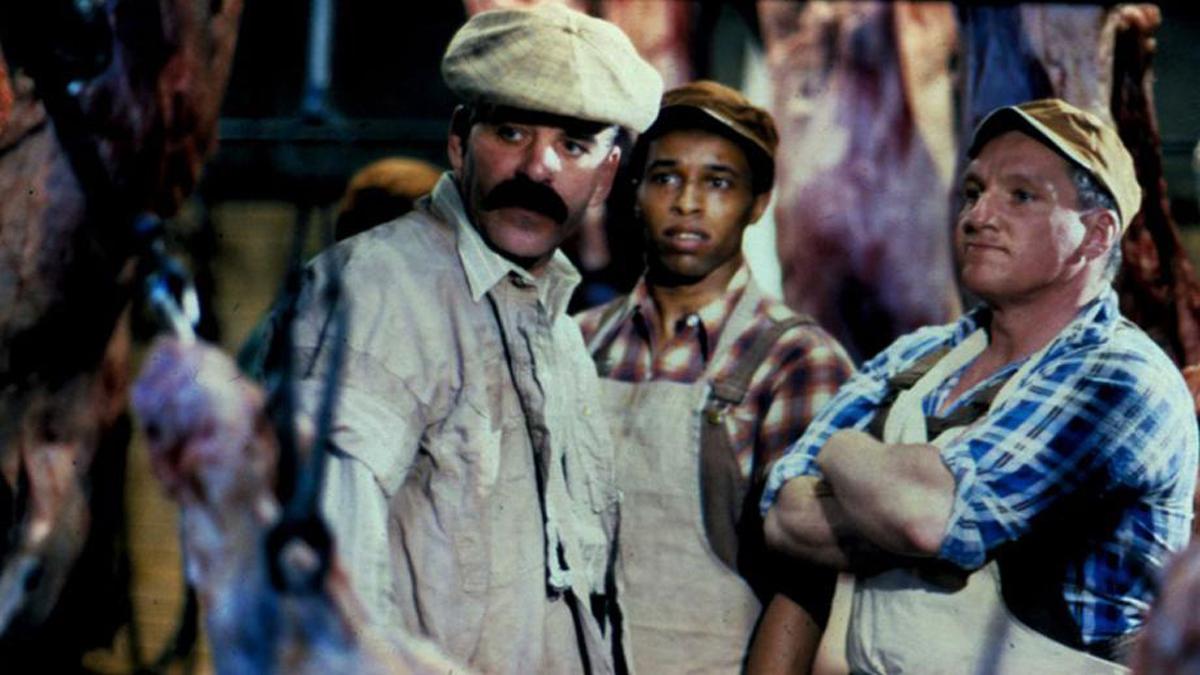 Produced independently with grassroots support from union organizations and members, THE KILLING FLOOR was broadcast on PBS, received critical acclaim, then virtually disappeared outside of murky VHS copies. A new 4K digital restoration brings back this powerfully authentic historical drama, with events and characters drawn from real life. Beginning in 1917, the hard-hitting narrative centers on Frank Custer (Leake), who leaves his destitute Mississippi farm for the promised land of Chicago. He gets a job in the stockyards, but he soon finds himself caught in a crossfire of bitter conflicts—labor against management, union workers against non-union workers, blacks against whites—that will explode in the infamous race riot of summer 1919. Director Duke (A RAGE IN HARLEM, DEEP COVER) draws vivid characterization against a broad canvas of the racial, ethnic, and class tensions that shook Chicago during a crucial period of turmoil and growth. New 4K DCP digital restoration. (MR)