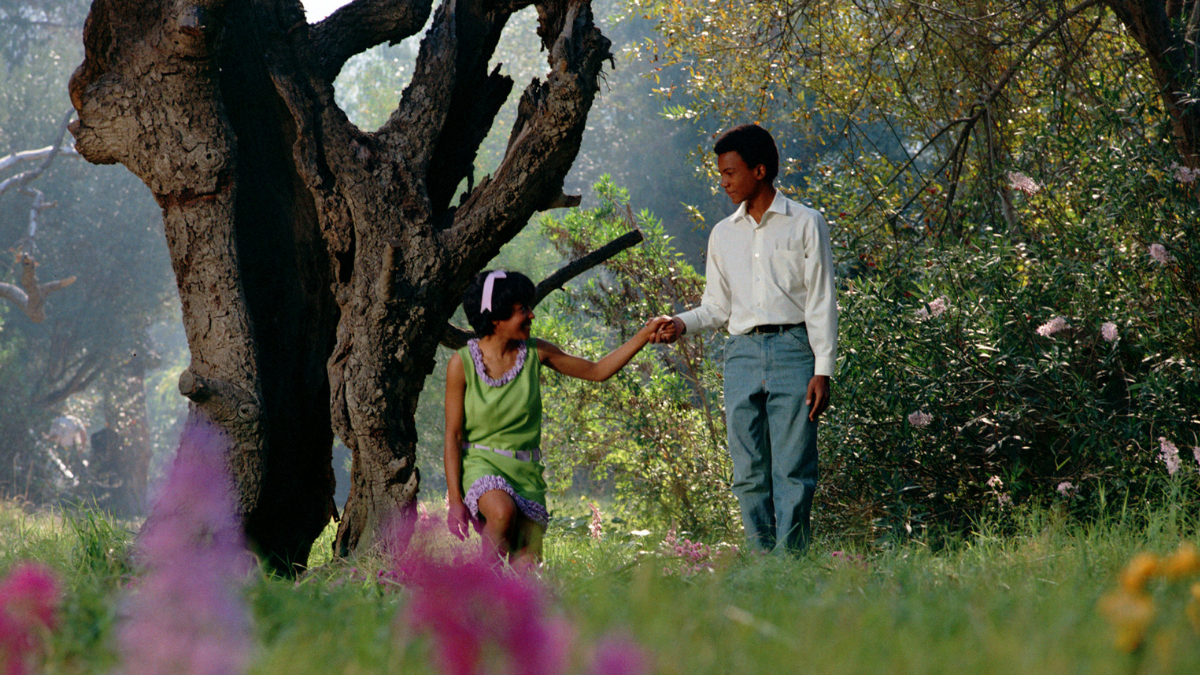 With this tender and clear-eyed coming-of-age odyssey, the renowned photographer turned filmmaker Gordon Parks not only became the first Black American director to make a Hollywood studio film, he also served as writer, producer, and composer, resulting in a deeply personal artistic achievement. Based on Parks’s own semi-autobiographical novel, The Learning Tree follows the journey of Newt Winger (Kyle Johnson), a teenage descendant of Exodusters growing up in rural Kansas in the 1920s, as he experiences the bittersweet flowering of first love, finds his relationship with a close friend tested, and navigates the injustices embedded within a racist legal and educational system. Exquisitely capturing the bucolic splendor of its heartland setting, this landmark film tempers nostalgia with an incisive understanding of the harsh realities, hard-won lessons, and often wrenching moral choices that shape the road to self-determination of the young Black man at its center. (Criterion Channel)