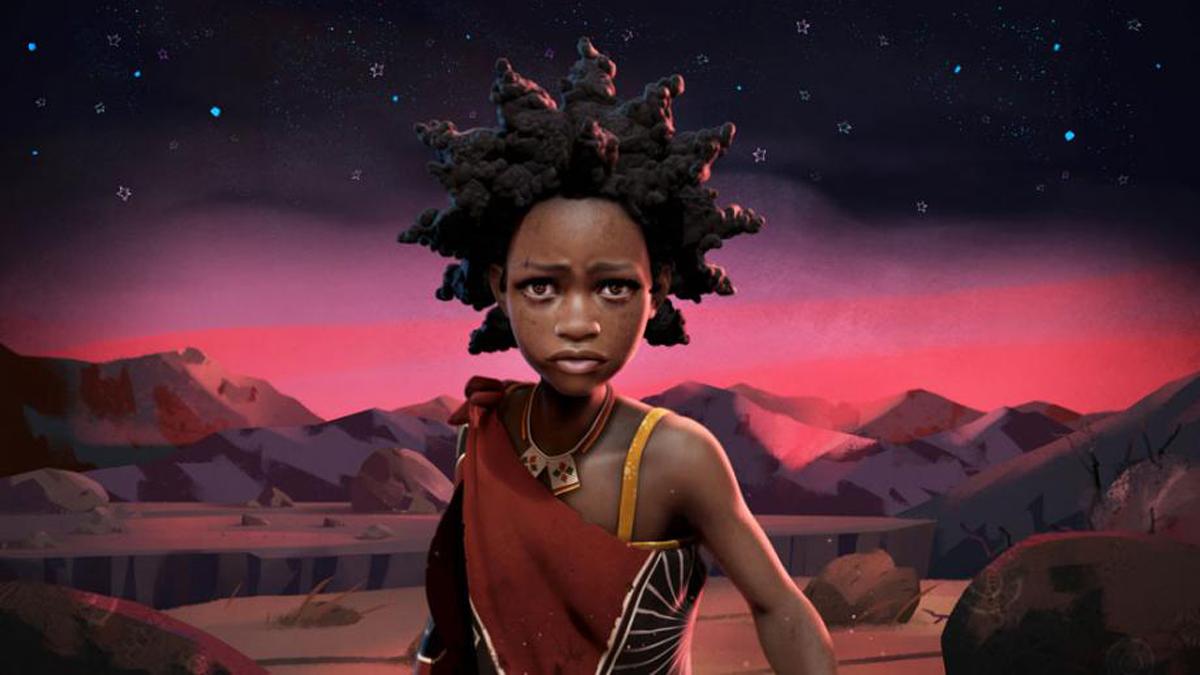 “Deeply moving…a lyrical work that’s as bright and captivating as it is poignant.”--Sheri Linden, Hollywood Reporter

“Powerful…brilliant dramatic fairytale on par with any Pixar flick.”--Iquo B. Essien, Shadow and Act

The powerful magic of African storytelling tradition and the hard realities of poverty, epidemic, and violent conflict merge for a documentary-fiction hybrid tale stirringly and triumphantly fashioned by children. On an orphanage farm in Swaziland, South African storyteller Gcina Mhlophe leads five young orphans through the dynamic creation of an adventure story that will provide an outlet for channeling the trials, travails, and obstacles of their own young lives. The heroine they invent is Liyana--a fierce, brave girl of their own age, who sets out on a treacherous journey to rescue her twin baby brothers from child traffickers after her parents die of AIDS. Through gripping narration by the young authors, alternating with animation combining 3D sculpted characters and sumptuously rendered 2D backdrops that colorfully evoke the Swazi landscape and culture, Liyana comes to life, to cross jungle and desert, endure hunger, pain and sorrow, and bravely face the perils of crocodiles, hyenas, monsters, and thieves. Executive produced by Thandie Newton. DCP digital widescreen. (BS)