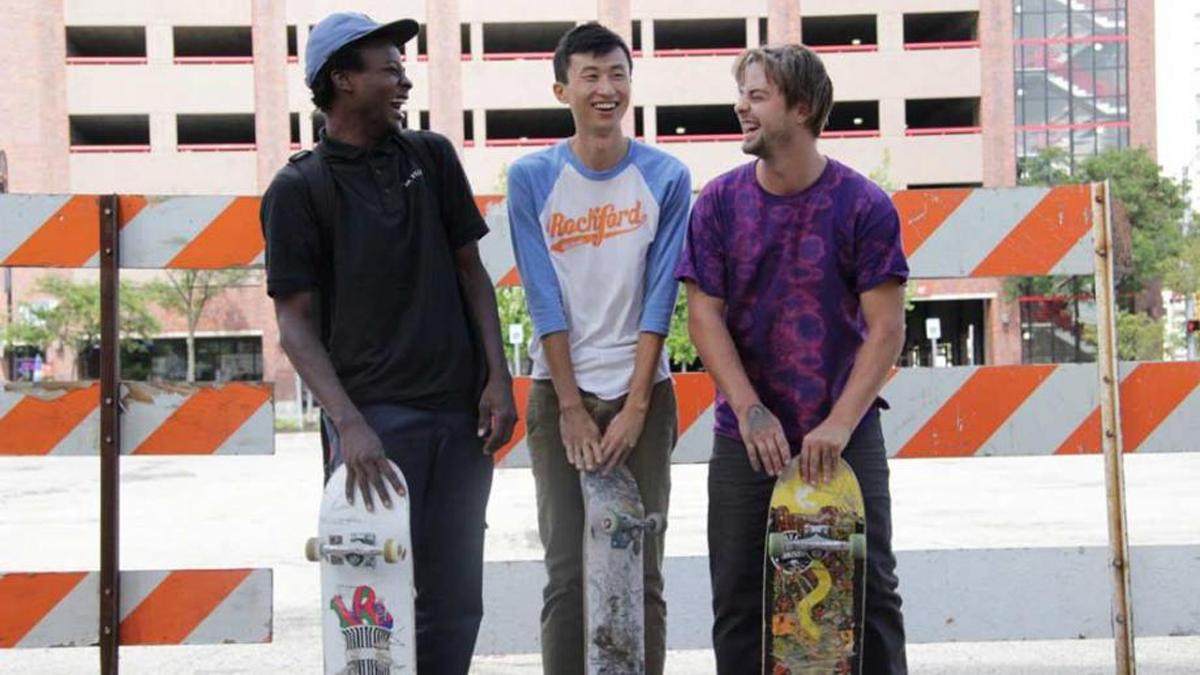 ★★★★ "It’s one of the strongest achievements of the movie year." — Michael Phillips, Chicago Tribune

"One of the strongest American documentaries to play Chicago this year." — Ben Sachs, Chicago Reader

Three boys, Zack, Keire, and Bing, come of age on the wrong side of the tracks in Rockford, Illinois, sharing experiences and secrets, but also seeking to forget the bad things that happen at home behind closed doors. Over a period of years, self-taught filmmaker Bing's deft and fluid camera tracks their hours of freedom at the skating park, shares their confidences, and creates a chronicle that addresses with remarkable intimacy the soaring exhilaration of being alive. The boys become young adults before our eyes, struggling with the bewildering new demands of manhood. Zack becomes a father, Keire loses his, and Bing begins to come to terms with the past. DCP digital. (BS)