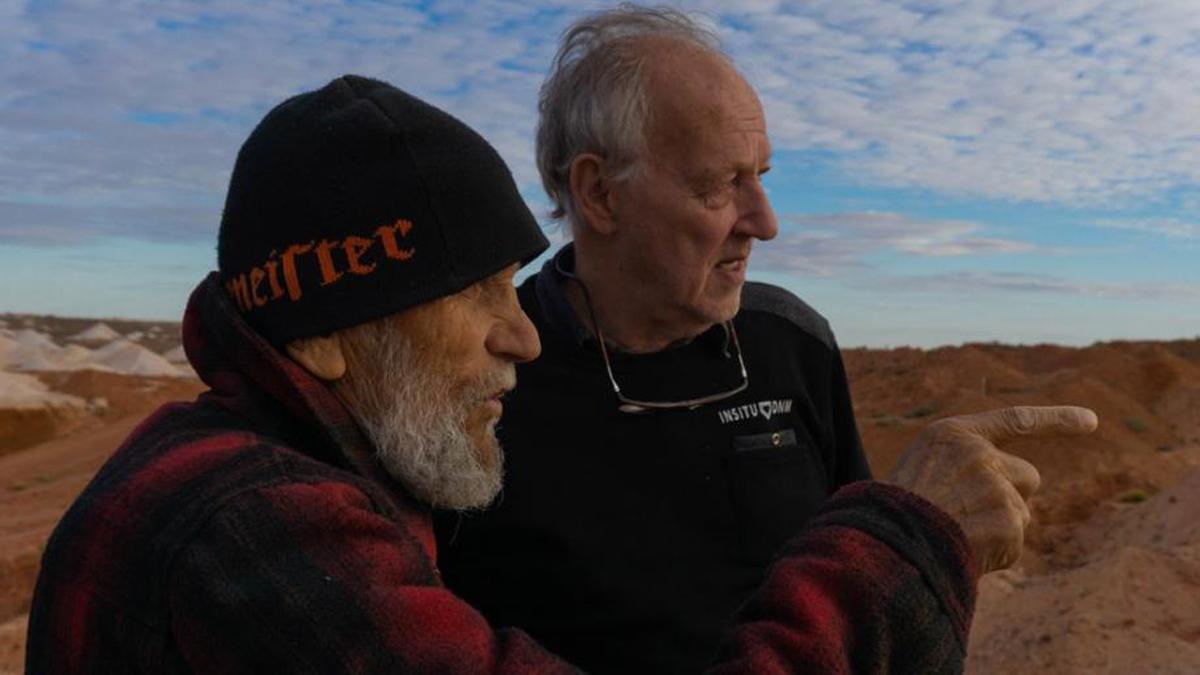 Nomad: In the Footsteps of Bruce Chatwin

"Gorgeously shot...a riveting film that encourages the audience to never take life, or the planet, for granted."—Rich Cline, Gay Essential

Filmmaker Werner Herzog and author Bruce Chatwin were close friends and kindred spirits—restless adventurer-artists who admired and were influenced by each other's work. NOMAD is a deeply felt memoir of their friendship; an overview of Chatwin's life and work; and a personal affirmation of the "quest for strangeness" that drove both men to seek illumination at the geographical and psychic extremes of existence. Roving the globe, Herzog explores some of the key sites that inspired Chatwin—the caves and cemeteries of Patagonia, the stone circles of Avebury, the aboriginal Outback of Australia—mixing awesome vistas and insightful interviews with those who knew, studied, and loved him. In English, Aboriginal, and German with English subtitles. DCP digital. Courtesy of Music Box Films. (MR)