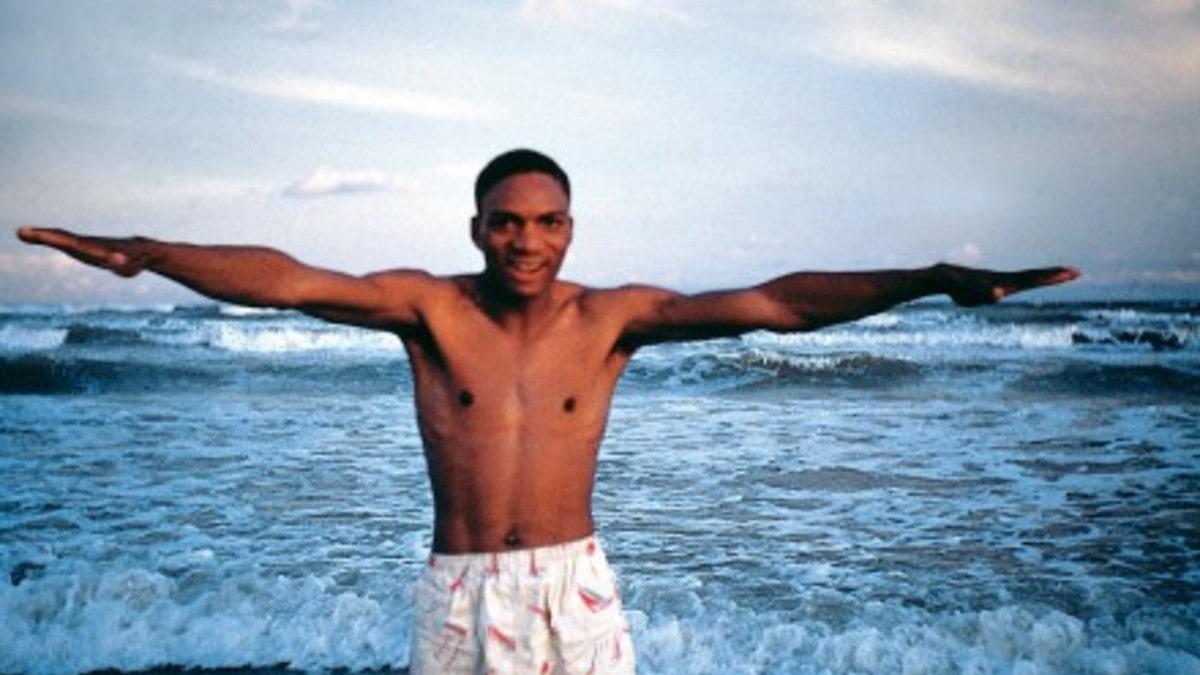 Since the early 1990s, Renée Green has become known for multidimensional artworks that chart unseen connections between people, places, and ideas around the globe—from the colonial-era Triangular trade to 20th century student movements. This program brings together a selection of Green’s foundational ’90s projects, all potent explorations of history, memory, and violence. In Mise-en-scène: Commemorative Toile (2020), an essayistic companion to her 1992–93 artwork of the same name, Green looks into the history of the French decorative fabric known as toile and its role in the trans-atlantic slave trade. In Partially Buried (1996) and Partially Buried Continued (1997), she threads together the shifting legacies of Robert Smithson’s earthwork Partially Buried Woodshed (1970), her father’s memories of the Korean War, and differing accounts of South Korea’s pivotal Gwangju Uprising of 1980 to ask “who owns history? Who can represent its complexity?”

Renée Green is an artist, filmmaker, and writer living and working in New York and Somerville, Massachusetts. Her exhibitions, videos, and films have been seen throughout the world in museums, biennales, and festivals. Solo exhibitions of her work have been mounted at the Carpenter Center for Visual Arts, Harvard University; Yerba Buena Center for the Arts, San Francisco; the Museum of Modern Art, New York; National Maritime Museum, Greenwich; Musée Cantonal des Beaux-Arts, Lausanne; Portikus, Frankfurt; Fundació Antoni Tàpies, Barcelona; Contemporary Arts Center, Cincinnati; Vienna Secession; Stichting de Appel, Amsterdam; Dallas Museum of Art; the Museum of Contemporary Art, Los Angeles; and Jeu de Paume, Paris, among many others. Inevitable Distances, a large-scale retrospective dedicated to Green’s decades-long practice, will be held at the KW Institute of Contemporary Art and daadgalerie in Berlin this fall. Green is also a professor at the Massachusetts Institute of Technology Program of Art, Culture, and Technology at the School of Architecture and Planning.

Mise-en-scène: Commemorative Toile
2020, Renée Green, USA, DCP, 6 minutes
Sourced from a text written by the artist in 1994, Commemorative Toile: Mise-en-Scène delves into the circuitous material history of the trans-atlantic slave trade, focusing on the production of the French decorative fabric known as toile. Sliding between the matrix of colonial expansion and Green’s personal research-driven pursuits beginning in Clisson, France, the artist demystifies the social production that connects the Triangular trade to the seemingly private sphere of the home, while attempting to decipher the contradictory pleasures which might accompany them.(Bortolami Gallery)

Partially Buried
1996, Renée Green, USA, DCP, 20 minutes
Partially Buried asks, “How do we reinterpret the past? What do we choose to remember or discard?” Green looks to the year 1970 and the campus of Kent State University where she spent time as a child. It was here that artist Robert Smithson produced his site-specific work Partially Buried Woodshed. It was also here that four students were shot while demonstrating against the US invasion of Cambodia. Shortly afterward, someone painted “May 4, 1970” on Partially Buried Woodshed, and the artwork took on another meaning. (Video Data Bank)

Partially Buried Continued
1997, Renée Green, USA, DCP, 36 minutes
Expanding on Partially Buried, Partially Buried Continued focuses on the mingling of past and present by reflecting on the photographic medium. The video reexamines slide films taken during the Korean War by Green’s father; photographs taken in Korea in Kwangju on May 18, 1980, during the democratic uprising and brutal state-sponsored response; and photographs taken by the artist in Kwangju and Seoul during a residency in 1997. Using the works of Robert Smithson and Theresa Hak Kyung Cha as touchstones, Green reflects on memory, memorials, and remembrance, while exploring the complexities of how we find ourselves entangled in relationships to countries, nationalities, and specific moments in time. (Video Data Bank)