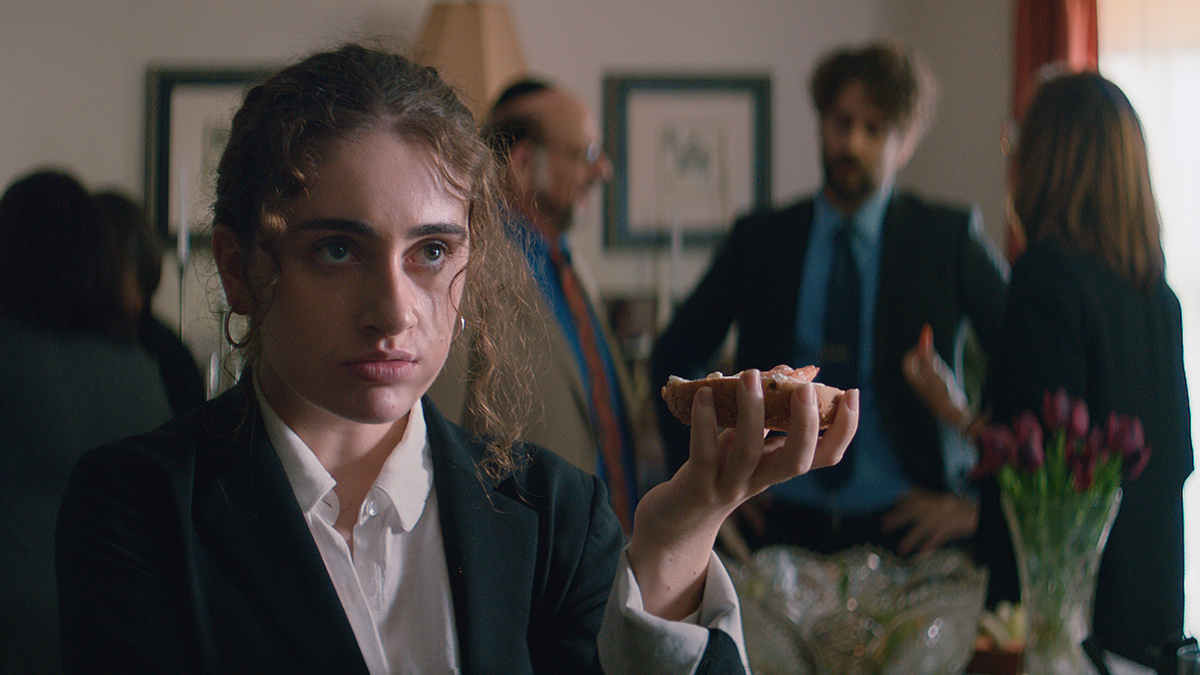 “An assured and impressively choreographed debut that gets funnier with every new complication." - Katie Rife, AV Club

"A marvel and will pull you to the end of your seat, biting your nails in second-hand cringe." - Kristy Puchko, The Playlist

A near college graduate, Danielle, gets paid by her sugar daddy and rushes to meet her neurotic parents at a family shiva. Upon arrival, she is accosted by various estranged relatives about her appearance and lack of post-grad plans, while her confident ex-girlfriend, Maya, is applauded by everyone for getting into law school. Danielle's day takes an unexpected turn when her sugar daddy, Max, arrives at the shiva with his accomplished wife, Kim, and crying baby. As the day unfolds, Danielle struggles to keep up different versions of herself, fend off pressures from her family and confront her insecurities without completely losing it. (Utopia)