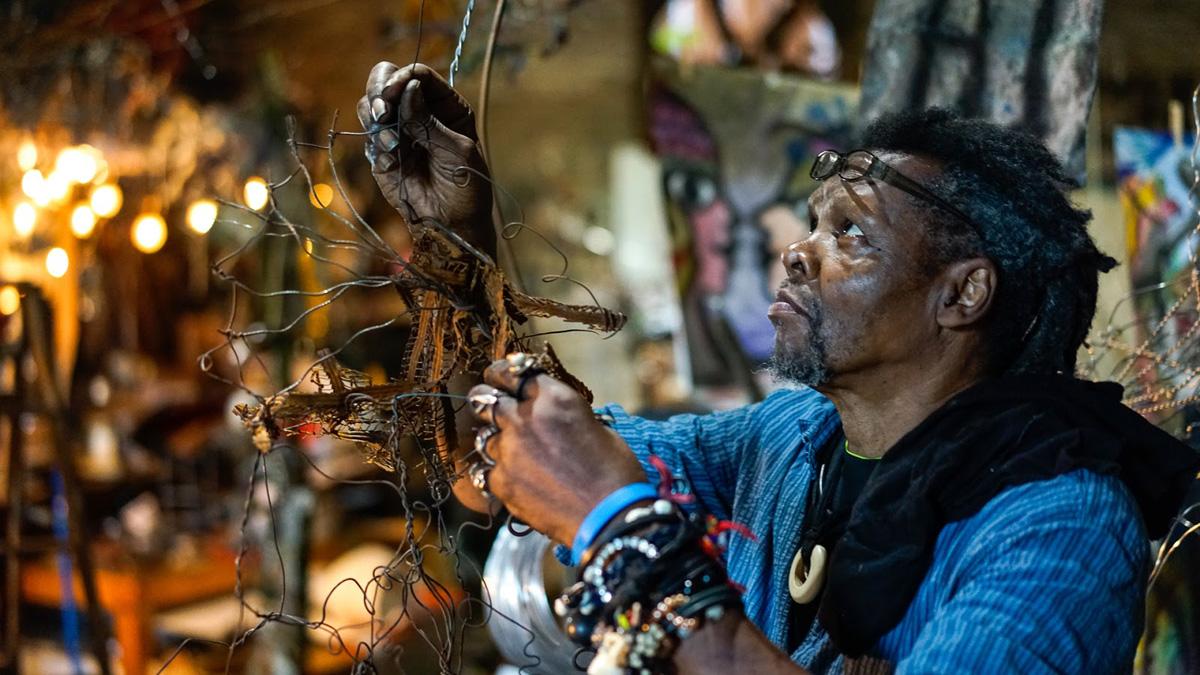 THUMBS UP FOR MOTHER UNIVERSE: THE LONNIE HOLLEY STORY

“My thing as an artist, I am not doing anything but still ringing that Liberty Bell, ding, ding, ding, on the shorelines of independence,”--Lonnie Holley, from a New York Times interview with Mark Binelli

After the world gave up on Lonnie Holley, the Universe sent him the gift of art.  Born, one of 27 children in Jim Crow Alabama, Holley was stolen away as an infant and sold for a pint of whiskey.  Growing up in grinding poverty and abuse on society’s margins left its scars.  At age 28, Holley discovers making things quiets the demons that haunt him to this day.  He begins to make art out of what the rest of us throw away—trash, garbage and debris.  Now, nearing 70 years of age, his artwork sits in the Smithsonian, the National Gallery, and the Metropolitan Museum of Art, while his music has garnered international critical acclaim for its stirring soulful depth. THUMBS UP FOR MOTHER UNIVERSE tells the story of how Lonnie Holley overcame the longest of odds to become an unlikely art superstar.  (Description courtesy of the director)