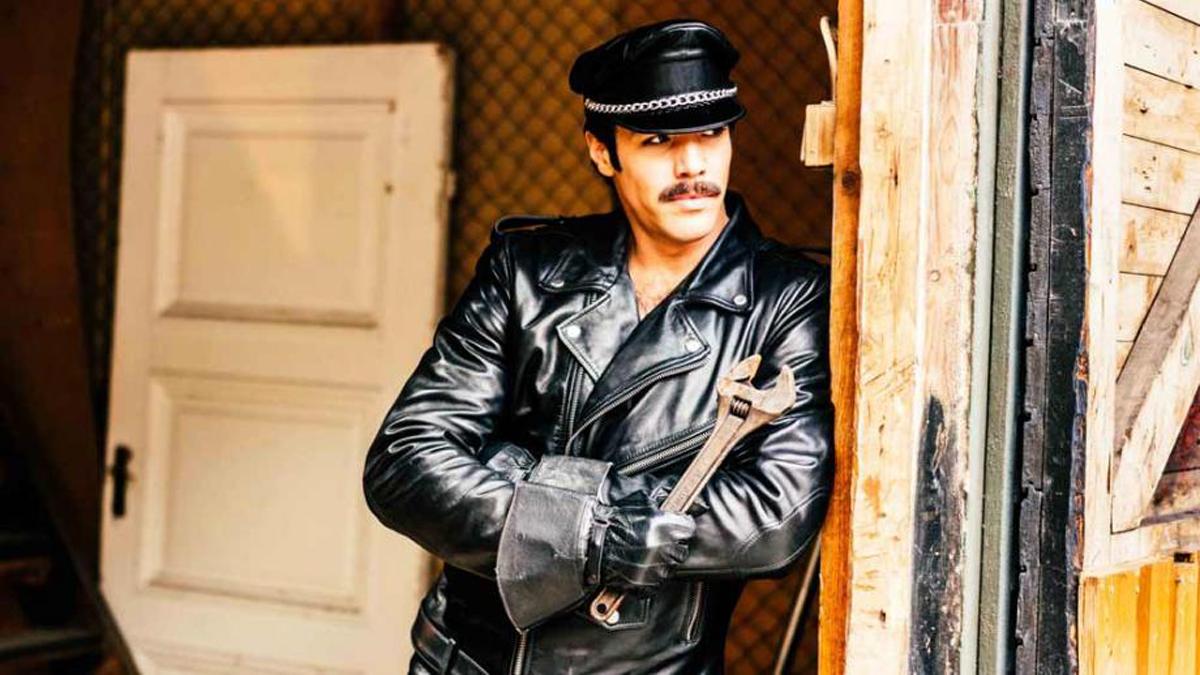 The life behind the legend is the subject of this biopic of artist Touko Laaksonen (Strang), who became world famous under the pseudonym Tom of Finland for his erotic drawings of hunky leather-clad men, influencing the direction of gay culture in the process. Director Karukoski doesn’t stint on provocative glimpses of Touko’s art, as the former army lieutenant endures waves of Fifties and Sixties oppression that keep homosexuality illegal in Europe, even as he maintains a furtive nocturnal life cruising in parks and committing his muscular, mightily endowed fantasies to paper. The work of Tom of Finland reaches an apex in hedonistic Los Angeles, where Touko’s acclaim by “his people” coincides with the challenge of the AIDS epidemic. Finland’s official submission for 2018 Oscar consideration. In Finnish, German, and English with English subtitles. DCP digital widescreen. (BS)