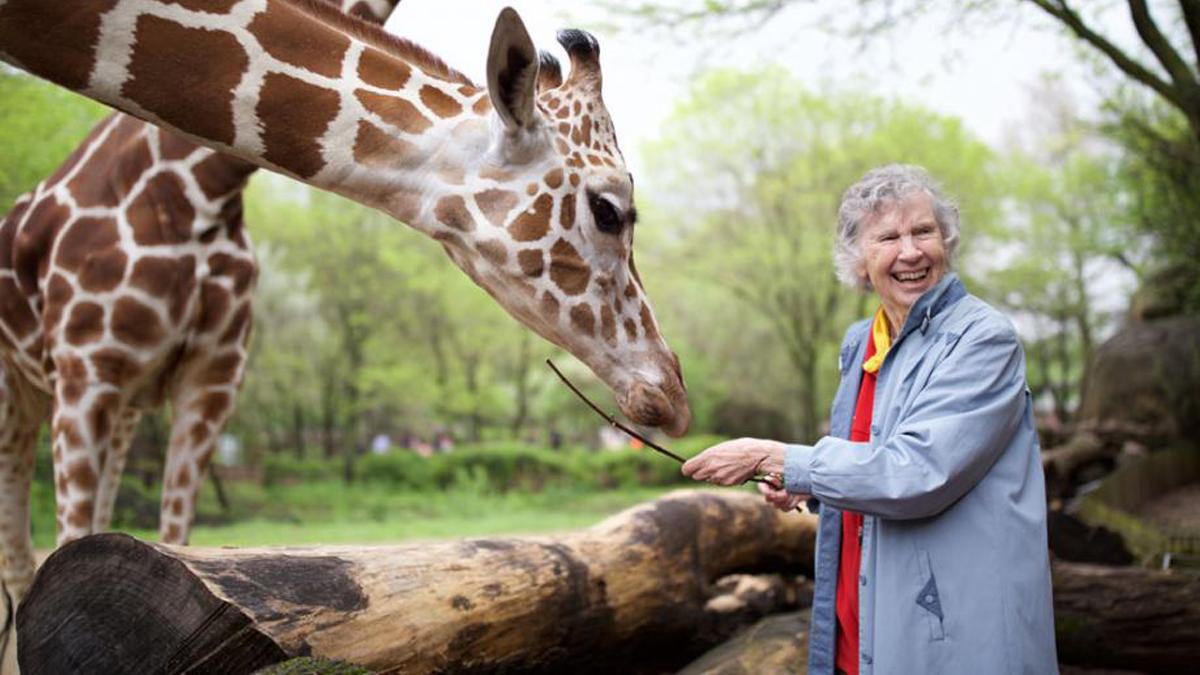 The Woman Who Loves Giraffes

“A fascinating tale…fine storytelling, combining ecology and social justice issues while focusing on a woman ahead of her times.”—Bruce DeMara, Toronto Star

In 1956, four years before there was Jane Goodall, there was Anne Innis Dagg, a 23-year-old Canadian woman with a passion for giraffes. Harboring a childhood interest in the long-necked creatures first ignited at Chicago’s Brookfield Zoo, she formed an unprecedented plan to travel alone to South Africa to study giraffes in their natural environment. This engaging documentary saga of scientific achievement, feminism, and heartbreaking discrimination features the now-86-year-old Innis Dagg traversing the path of her past work in Africa and finally realizing long-awaited acclaim for her pioneering research. Despite earning a doctorate, publishing scores of papers and a book considered the bible in her field, Innis Dagg was dismissively denied tenure at a major university, setting her on a lifelong parallel journey of feminist activism. Filmmaker Reid pulls the two strains of Innis Dagg’s story together, making effective use of inspiring vintage film footage from the giraffe studies, along with letters and photographs. DCP digital. (BS)