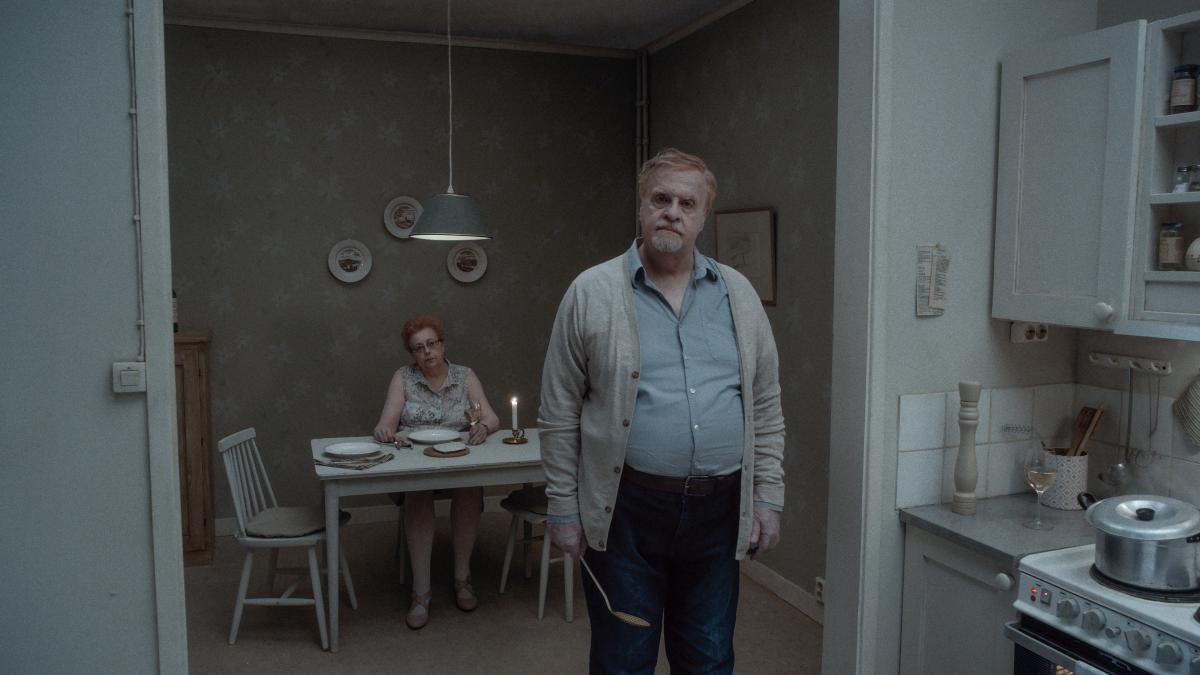 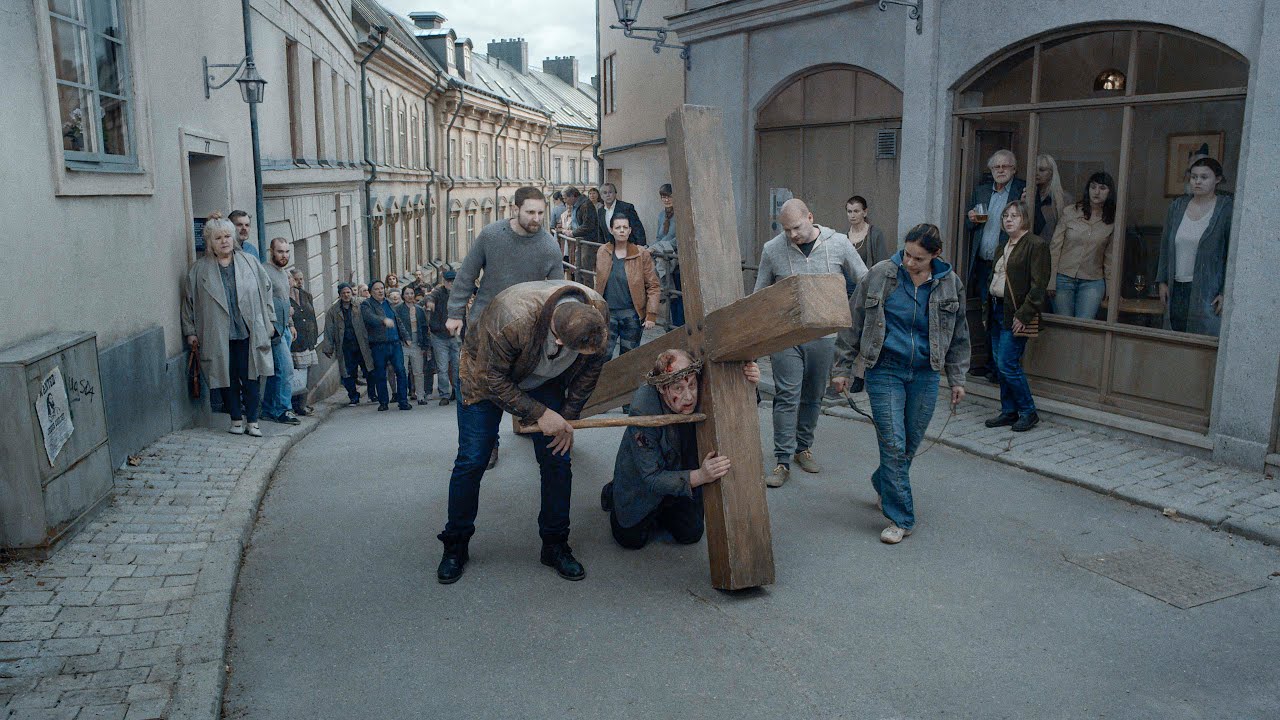 "A masterpiece. A mesmerizing odyssey to the heart of existence.” - Peter Bradshaw, The Guardian

"Overflows with intricacy, intimacy and emotion, and with glorious artistry in every single frame." - Sarah Ward, Concrete Playground

"Give Roy Andersson 76 minutes, and he’ll give you the universe.” - David Ehrlich, IndieWire

A reflection on human life in all its beauty and cruelty, its splendor and banality.
We wander, dreamlike, gently guided by our Scheherazade-esque narrator. Inconsequential moments take on the same significance as historical events: a couple floats over a war-torn Cologne; on the way to a birthday party, a father stops to tie his daughter’s shoelaces in the pouring rain; teenage girls dance outside a cafe; a defeated army marches to a prisoner-of-war camp. Simultaneously an ode and a lament, ABOUT ENDLESSNESS presents a kaleidoscope of all that is eternally human, an infinite story of the vulnerability of existence. (Magnolia Pictures)