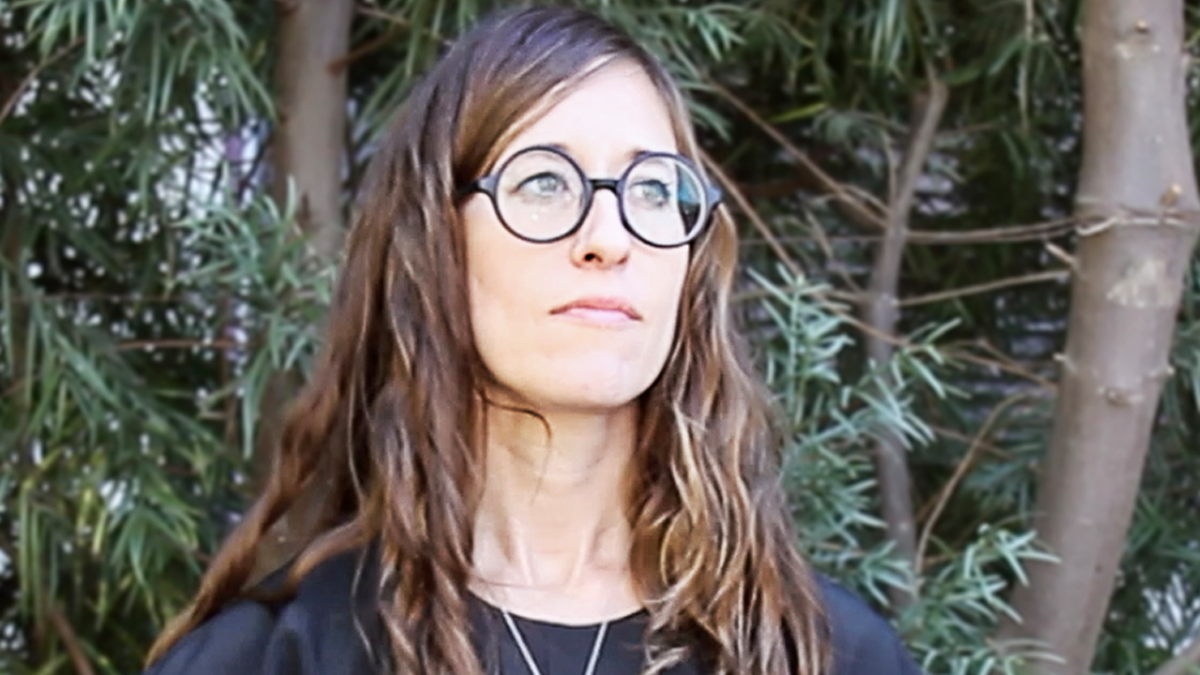 Join us for this in-depth conversation with artist and filmmaker Alison O’Daniel about her practice, including her stunning ongoing project The Tuba Thieves, on view in the Gene Siskel Film Center’s virtual cinema from September 27–October 3.

Sound—its sensory qualities and its social role—is at the center of Alison O’Daniel’s multidisciplinary practice. Spanning film, performance, sculpture, and installation, and also informed by frequent collaborations with hearing, Deaf, and hard-of-hearing artists and composers, O’Daniel’s body of work explores sensory experience, legibility, and access. Writing that “the intersection between poetics and activism is where I’m most interested and inspired,” O’Daniel uses her work to produce a more expansive visual, aural, and haptic vocabulary while inviting viewers to reconsider their relationships with the sensual world.

O’Daniel is a recipient of the 2019 Louis Comfort Tiffany prize. She has also received grants from Creative Capital; the Rema Hort Mann Foundation; the Center for Cultural Innovation; and the Franklin Furnace Fund. Her film, The Tuba Thieves, was supported by the 2019 Sundance Creative Producing Lab. She was named one of Filmmaker Magazine’s 2019 25 New Faces of Independent Film. She is an assistant professor of film at California College of the Arts in San Francisco.