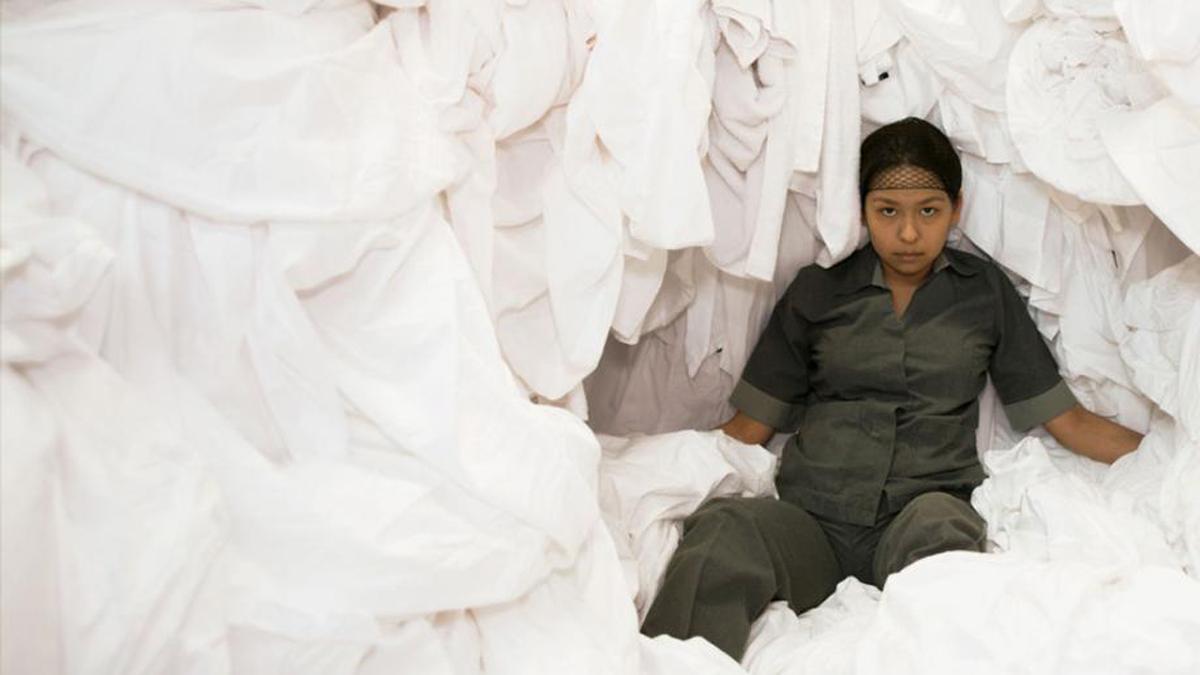 "A fascinating observational drama...nuanced and natural, it has a quiet and modest power as it comments on the ironies of contemporary cities like Mexico City and their growing economic divide."—John Fink, The Film Stage

A film about a quietly persevering maid embedded in the class structure of Mexico City calls up inevitable comparisons to ROMA, but Lina Avilés's debut film is closer in spirit to Ken Loach or even Chantal Akerman (JEANNE DIELMAN…) than to Alfonso Cuarón. Subtler, less spectacular, more politically incisive than ROMA, THE CHAMBERMAID centers on Eve, a 24-year-old employee whose domain is the 21st floor of a luxury hotel. Patiently, concisely, absorbingly, the film immerses us in her daily routine, as she caters to the whims of guests, interacts with supportive co-workers, and is strung along by her supervisors. Never leaving the hotel, we learn of her outside life (she has a four-year-old son who is usually asleep by the time she gets home), her aspirations (she is taking a union-sponsored GED class), and her occasional transgressive impulses (she gets turned on by a voyeuristic window-washer). Dangled in front of her are the enticements of a spiffy red dress left unclaimed in the Lost & Found, and a promised promotion to the newly opened, ultra-luxurious 42nd floor. As tension and frustration build, Eve edges closer to a resolution that might bring disaster or liberation. In Spanish with English subtitles. DCP digital widescreen. (MR)