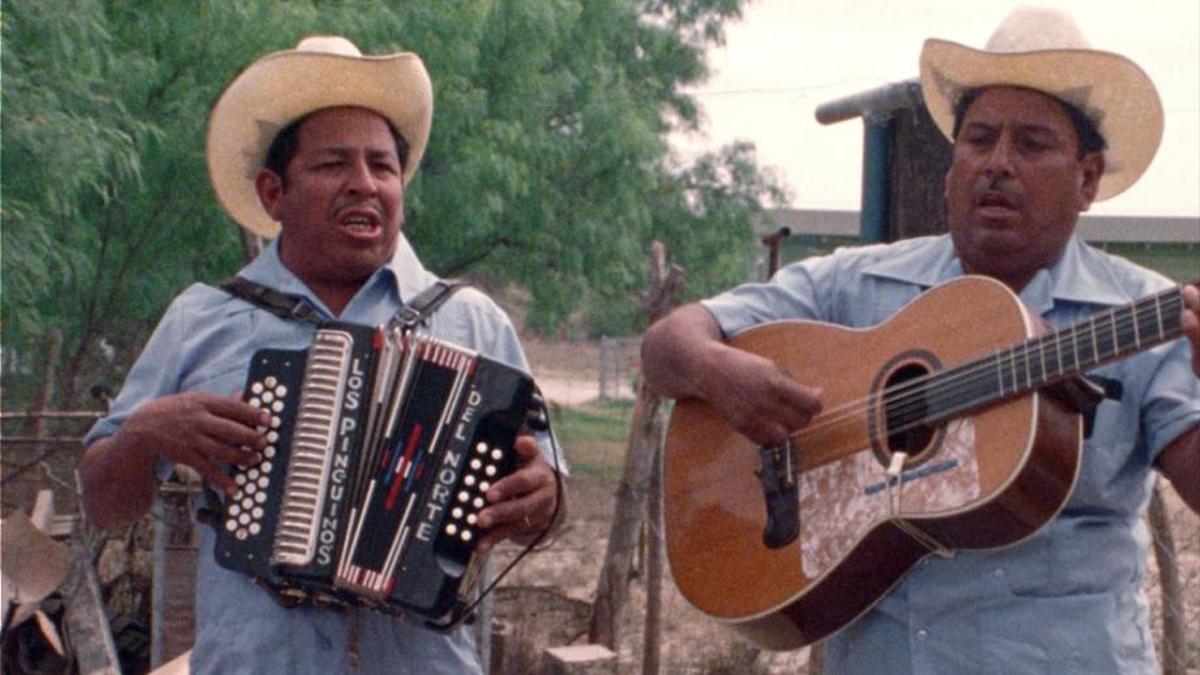 "The best visual record of Tex-Mex and Norteño music."—Ry Cooder

Les Blank was the cinema's master chronicler of regional music, whether it be Louisiana Zydecko, Delta Blues, Oklahoma country-rock, or, in this case, Norteña, the music of the Texan-Mexican border. Blank doesn't explicate his subject in traditional documentary fashion; instead, he immerses us in the world that nurtures the music—the landscapes, the food, the families, the farm workers, the dusty streets, the crowded cantinas. CHULAS FRONTERAS hangs out with such giants of the genre as Flaco Jiménez, Los Alegres de Terán, Lydia Mendoza, and Narisco Martínez, in songs that range from nostalgic to politically charged to prideful. These exceptional 4K restorations capture the richly saturated colors of the original 16mm reversal stock with pristine clarity. In Spanish (with English subtitles) and English (with Spanish subtitles).

Preceded by DEL MERO CORAZÓN (1979, Maureen Gosling and Les Blank, USA, 29 min.), a companion-piece to CHULAS FRONTERAS, filmed at the same time in the same region, but focusing exclusively on love songs, some sweet, some bitter, all of them del mero corazón—"straight from the heart." In Spanish with English subtitles. (MR)