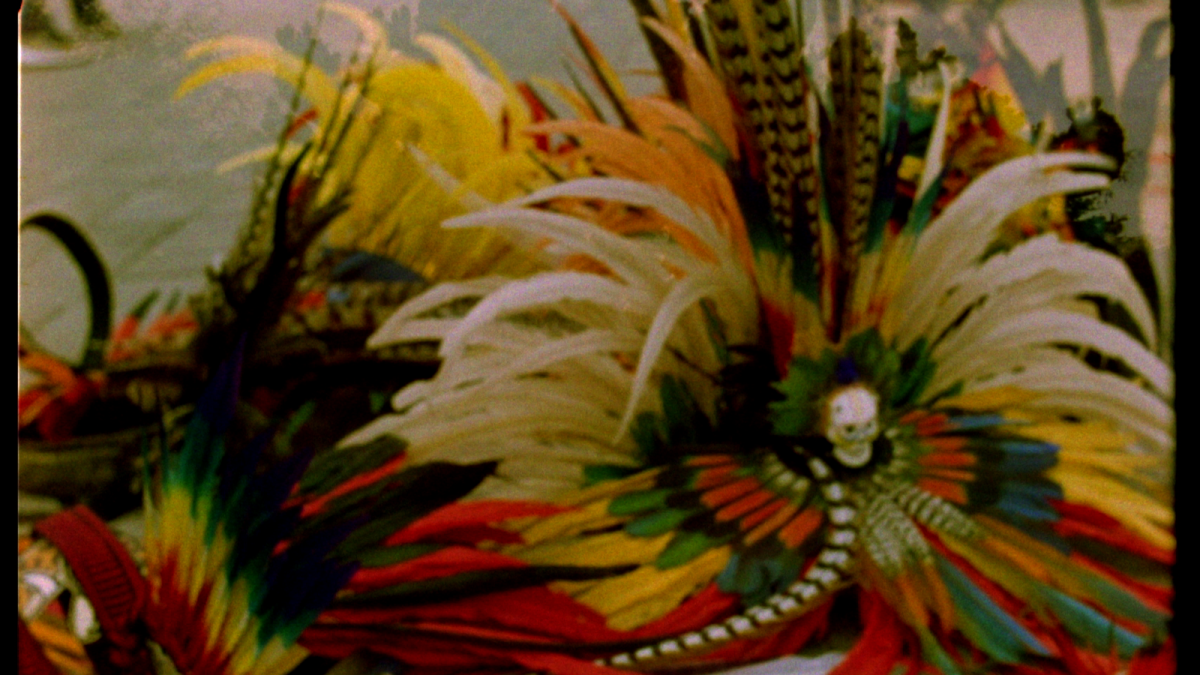 Conversations at the Edge Spring 2023
16MM

Screening followed by a discussion with the artists. Free for SAIC and Northwestern University students; tickets will be released Sunday, February 12th*.

“The films and videos of Los Ingrávidos are signed in solidarity under a collective banner… fashioned together in love and outrage.” – Stephen Broomer, CinemaScope

“In its mode of organization, intersectional approach, and formal characteristics, [Los Ingrávidos] is one of the most singular contemporary Latin American film collectives.” – Raquel Schefer, Jump Cut

Thursday, February 16 at 6pm | Since 2012, the Mexican Colectivo Los Ingrávidos, which translates into English as “the weightless,” has been producing dazzling, often trance-like films with an activist sensibility. In their first ever appearance in Chicago, the collective presents a selection of recent shorts, including two parts of their searing The Sun Quartet THE SUN QUARTET (2017) and the mesmerizing Tierra en Trance TIERRA EN TRANCE (2022). Stitched together from contemporary, historical, and mythic images of Mesoamerica, the films reflect on interconnected social, political, and environmental issues in Mexico, the Americas, and beyond.

On the evening of September 26, 2014, a group of 43 students from the Ayotzinapa Rural Teaching College disappeared just outside of Iguala, Mexico. THE SUN QUARTET is a solar composition in four movements, a political composition in four natural elements, an audiovisual composition in four bodily mutations: a sun stone where youth blooms in protest, a river overflowing the streets, the burning plain rising in the city, and, finally, the clamor of the people that shook Mexico in the wake of that fateful night.

“THE SUN QUARTET confronts the climate of corruption and violence that dominates contemporary Mexican leadership and militarism. It exemplifies the poetic operations of the collective, who reconcile elements ranging from improvisational music, superimposed cinematography, poetic texts both read and cast on screen, and documentation of protests. These elements assemble as a counter to official claims to truth regarding traumas as recent as the 2014 disappearance of 43 students from the Ayotzinapa rural normal school that happened in Iguala, Mexico, and as distant as the 1968 Tlatelolco massacre, a formative event in contemporary Mexican revolutionary consciousness. THE SUN QUARTET also summons resonances of older, unspeakable traumas, rifts that recede deep into the past of Mexico.” – Stephen Broomer

“These are the dancing bodies in an agitated rapture: prelude to trance, invocation of the gods, consecration of intermittence. Here our point of view sparkles under the spell and trance of things gathered, fallen, yielding, pluvial, Mesoamerican wind, goddess breath, breeze of sticks, percussive woods. Here the audiovisual diagram that guides us, the kinetic breath that inspires us, the serpentine spear that snatches us away, the agitated plumes that trembles at us are the sound and rumble of Teponaztli, a Mesoamerican percussive instrument: serpentine, dancing, bouncing sticks, trunks, branches and wood. Kinetic and audiovisual serialism from the embers of the Earth. This is the Earth in a trance.” – Colectivo Los Ingrávido

Colectivo Los Ingrávidos was founded in Tehuacán Mexico in 2012 to dismantle the commercial and corporate audiovisual grammar and its embedded ideology. The collective is inspired by the historical avant-gardes and their commitment to using both form and content against alienating realities. Their methods combine digital and analogue mediums, interventions on archival materials, agitprop, mythology, social protests, and documentary poetry. Their radical experimentations in documentary and cinematography produce visual and auditory  impressions that are political possibilities in their own right. Their work has been exhibited internationally, including at the 2019 Whitney Biennial,  the Bienal de la Imagen Movimiento in Buenos Aires, International Film Festival Rotterdam, RIDM Montreal International Documentary Festival, Images Festival; Media City Film Festival, Ambulante Cine Documental, International Short Film Festival Oberhausen, and Festival Internacional de Cine FILMADRID.