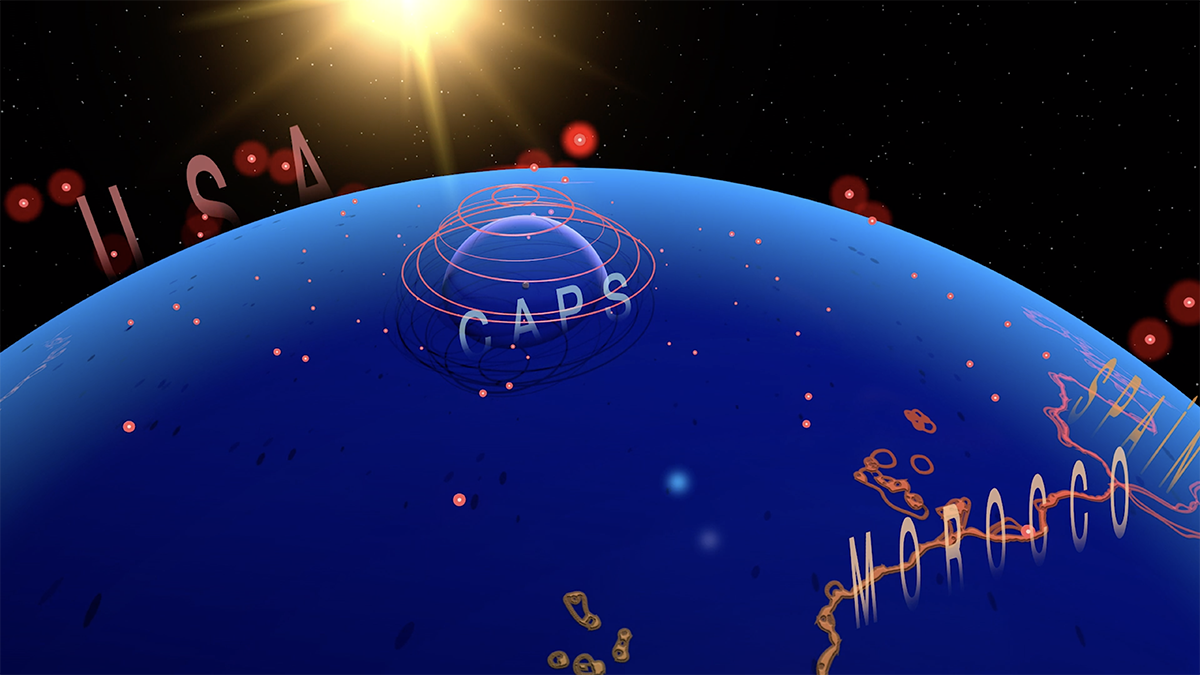 Conversations at the Edge

An Evening with Meriem Bennani

Screening followed by discussion with filmmaker Meriem Bennani. Tickets are free for SAIC and UChicago students with valid ID.

In her genre-bending and often absurdly funny videos, Rabat-born, New York–based artist Meriem Bennani fuses the languages of reality television, social media, and 3D animation to explore such weighty topics as biopolitics, virtuality, and globalism. In conjunction with the exhibition of her latest film Life on the CAPS at the Renaissance Society at the University of Chicago, Bennani presents a selection of related works. Party on the CAPS (2018) and Guided Tour of a Spill (2021) introduce viewers to a speculative future where teleportation has replaced air travel and a small island in the Atlantic is a creolized megacity populated by detained migrants. 2 Lizards (2020), her collaboration with filmmaker Orian Barki, chronicles the early days of the COVID-19 pandemic as it unfolded in real time. Originally released bi-weekly on Instagram, the series captures the surreality of lockdown and the growing social fissures exacerbated by systemic inequities and racism. This event will have real-time captions (CART).

Presented in partnership with the Renaissance Society, in conjunction with the exhibition Meriem Bennani, on view February 26 to April 17, and the Open Practice Committee in the Department of Visual Arts at the University of Chicago.