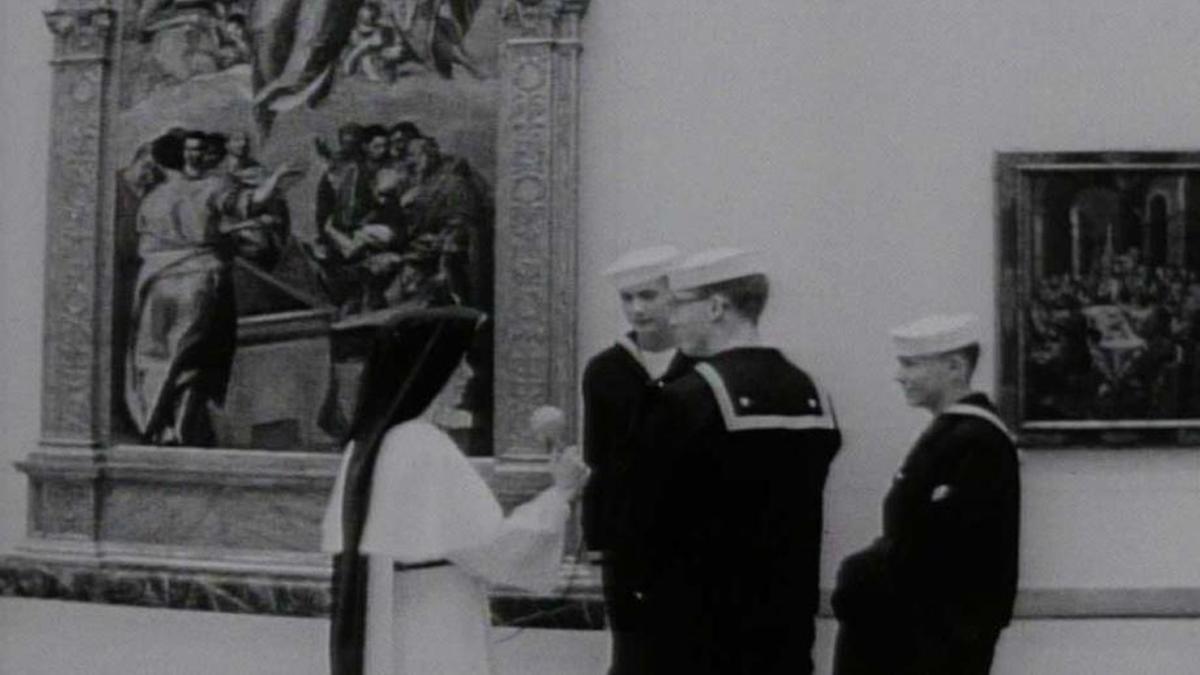 "Remains a great and truly under-appreciated document of its time…captivating; should be seen by anyone who cares about the documentary form." - Michael Glover Smith, White City Cinema

"What could have been little more than a quirky stunt becomes a fascinating and rich sociological study of people reacting to the questions of two rather guileless and unconventional interviewers." - Jeff Stafford, Streamline

One of the landmarks of filmmaking in Chicago makes a stellar comeback in a new 16mm print courtesy of Kartemquin Films and the National Film Preservation Foundation. In 1968, filmmakers Quinn and Temaner designated two naïve young nuns as their on-the-street interviewers in locations ranging from the Art Institute and the Museum of Science and Industry to sidewalks around Chicago's Loop. "Are you happy?" is the question. The answers are surprisingly positive, thoughtful and thought provoking, and so very human. An inspired and unmistakably Chicago riff on CHRONICLE OF A SUMMER by French documentary pioneer Jean Rouch, INQUIRING NUNS is a time capsule of Sixties attitudes and social and political mores, yet is wholly timeless in its homely off-the-cuff stock-taking and universal expressions of yearning. Soundtrack music composed and performed by Philip Glass. 16mm. (BS)