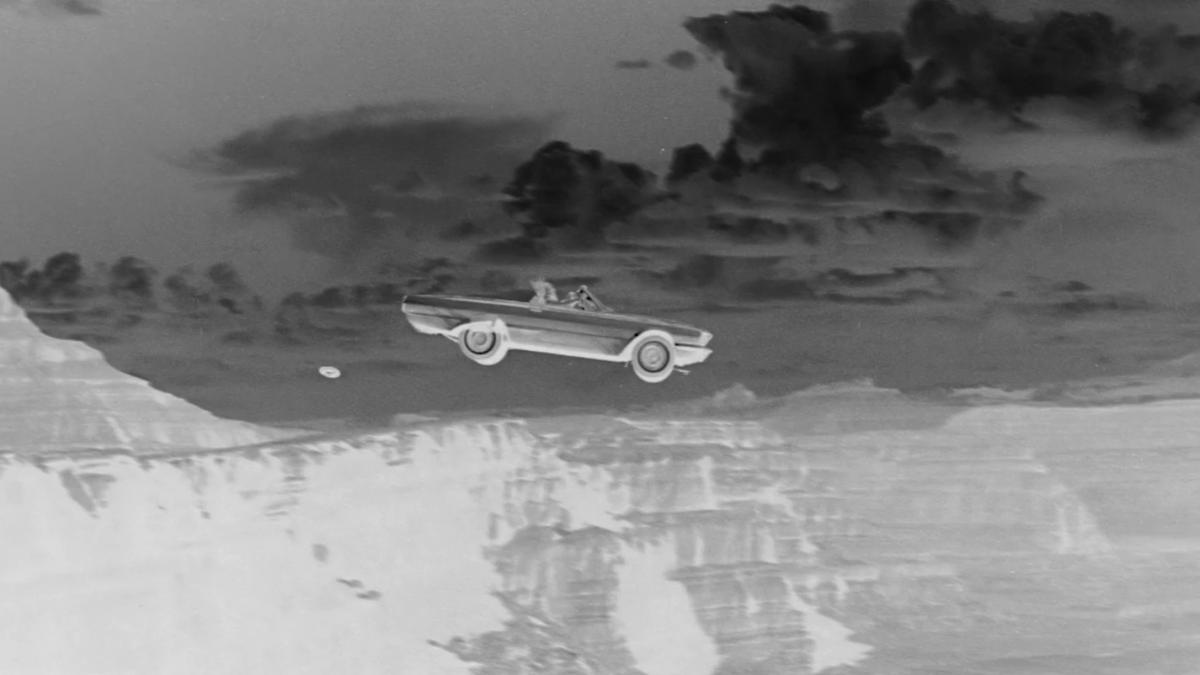 Jessica Bardsley: INTO THE CANYON

Screening followed by a discussion with filmmaker Jessica Bardsley. Free for SAIC students; tickets will be released Sunday, September 18*.

September 22 at 6pm | In Jessica Bardsley’s evocative, award-winning films, landscapes serve as potent metaphors for emotional states wrought by the uninhabitable nature of existing social, economic, and political structures. The humid darkness of underground caves, geological striations of the desert, and unfamiliar topographies of celestial bodies become sites to explore pain, fear, resilience, and a desire for transcendence. Bardsley draws her images from iconic films like THELMA & LOUISE and GIRL, INTERRUPTED as well as educational films, documentaries, and her own observational footage, weaving them into exquisite, shape-shifting essays that connect her own personal histories to broader cultural narratives. Bardsley presents a selection of works from the last decade, including THE BLAZING WORLD (2013), THE MAKING AND UNMAKING OF THE EARTH (2018), GOODBYE THELMA (2019), INTO THE CANYON (2019), and LIFE WITHOUT DREAMS (2022).

Presented in partnership with the Video Data Bank.

THE BLAZING WORLD
2013, USA, 19 minutes
THE BLAZING WORLD delves into the troubling relationship between Winona Ryder and the character she plays in the film GIRL, INTERRUPTED. Made up entirely of clips from existing films, this surprisingly personal video essay explores the possible links between depression and kleptomania.

GOODBYE THELMA
2019, USA, 14 minutes
GOODBYE THELMA synthesizes footage from the 1991 film THELMA & LOUISE with footage of the author’s own making to create a mysterious, and at times disturbing, exploration of traveling alone.

INTO THE CANYON
2018, USA, 8 minutes
A group of women traverse a canyon on horseback.

LIFE WITHOUT DREAMS
2022, USA, 14 minutes
LIFE WITHOUT DREAMS is set in the outer space of consciousness, where the surfaces of far out planetary bodies form the terrain for an exploration of 24/7 capitalism, insomnia, and the disappearance of darkness.

Jessica Bardsley is an artist-scholar working across film, writing, and studio art. She is currently a visiting assistant professor at Cornell University. Her films have screened within the U.S. and internationally at festivals like CPH:DOX, Visions du Réel, European Media Art Festival, Flaherty NYC, the Montreal International Documentary Festival, and True/False Film Fest, as well as on the Criterion Channel. She is the recipient of various awards, including a Princess Grace Award, Grand Prize at 25 FPS, the Eileen Maitland Award at the Ann Arbor Film Festival, Best Short Film at Punto de Vista International Documentary Film Festival, and numerous Film Study Center fellowships. Her research and writing have been supported by the Radcliffe Institute for Advanced Study, the Terra Foundation for American Art, and the Henry Luce Foundation/American Council of Learned Societies. She received a Ph.D. in Film and Visual Studies from Harvard University and an MFA from the School of the Art Institute of Chicago.