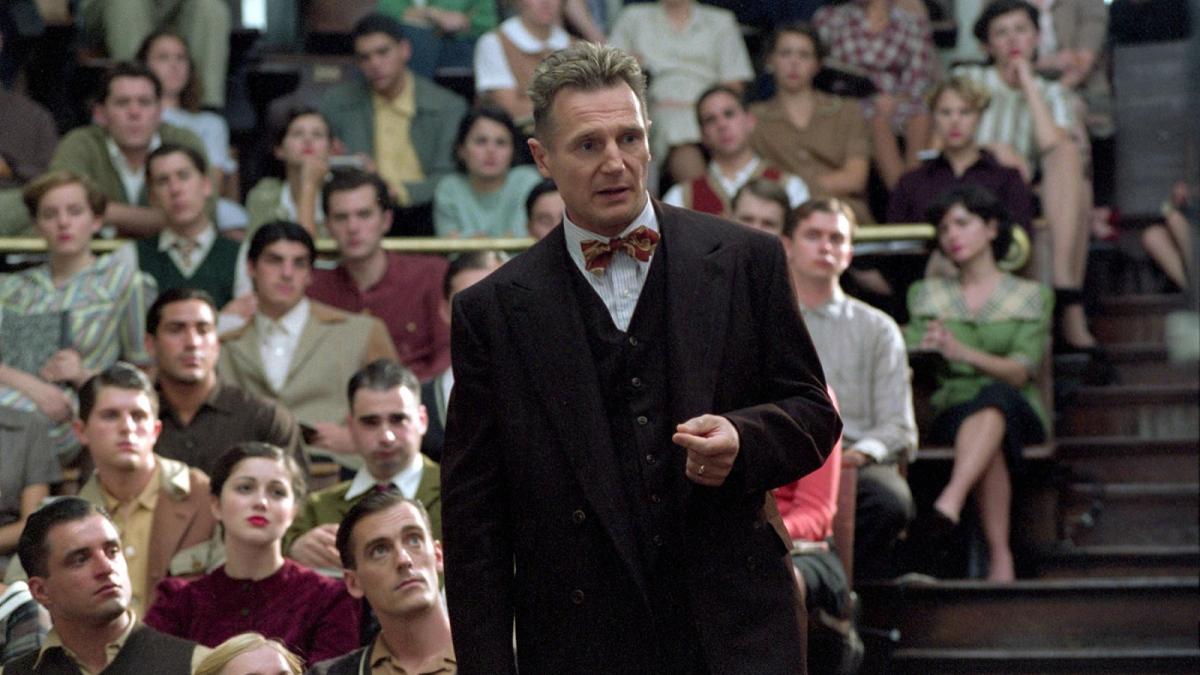 Screening preceded by presentation from Dr. Jessica Hille, gender and sexuality scholar and Assistant Director for Education at the Kinsey Institute.

Biology professor Alfred Kinsey (Liam Neeson) has a perfectly respectable life teaching and doing research at Indiana University along with a happy home life with his wife (Laura Linney). When he realizes that his students, many of them married and with children, still come to him with personal questions about human sexuality, he fights to begin teaching sex education courses and conducts extensive interviews about the sexual history of volunteers despite high-profile opposition.

*Okay, so Kinsey never said that *exactly*, but his pioneering work in the field of sexuality and gender studies meant a lot of people - academics and laypeople alike - began talking about sex, sexuality, gender and sexual pleasure without shame or guilt. Preceding KINSEY, Dr. Jessica Hille, gender and sexuality scholar and the Assistant Director for Education at the Kinsey Institute, will provide more insight into the man behind the character we see on screen, share how his work continues to be hugely impactful today, and how science backed study, combined with listening, learning and research, can be very sexy indeed.

Dr. Jessica Hille is a gender and sexuality scholar and the Assistant Director for Education at the Kinsey Institute. In this role, she runs the Institute's continuing education program, serves as a Co-director for the Scholarly Concentration in Human Sexuality and Health with the Indiana University-Bloomington School of Medicine, and launched the Kinsey Institute Book Club, among other initiatives. Her research focuses on asexuality and ace spectrum identities, LGBTQ+ healthcare, and critical theory. Dr. Hille completed her PhD in Gender Studies at Indiana University with a PhD minor in Human Sexuality from the Kinsey Institute. Before coming to IU, she earned a bachelor's degree from the University of Chicago, a JD from Washington University in St. Louis, and an LLM in Health Law and Policy from the University of Washington - Seattle.