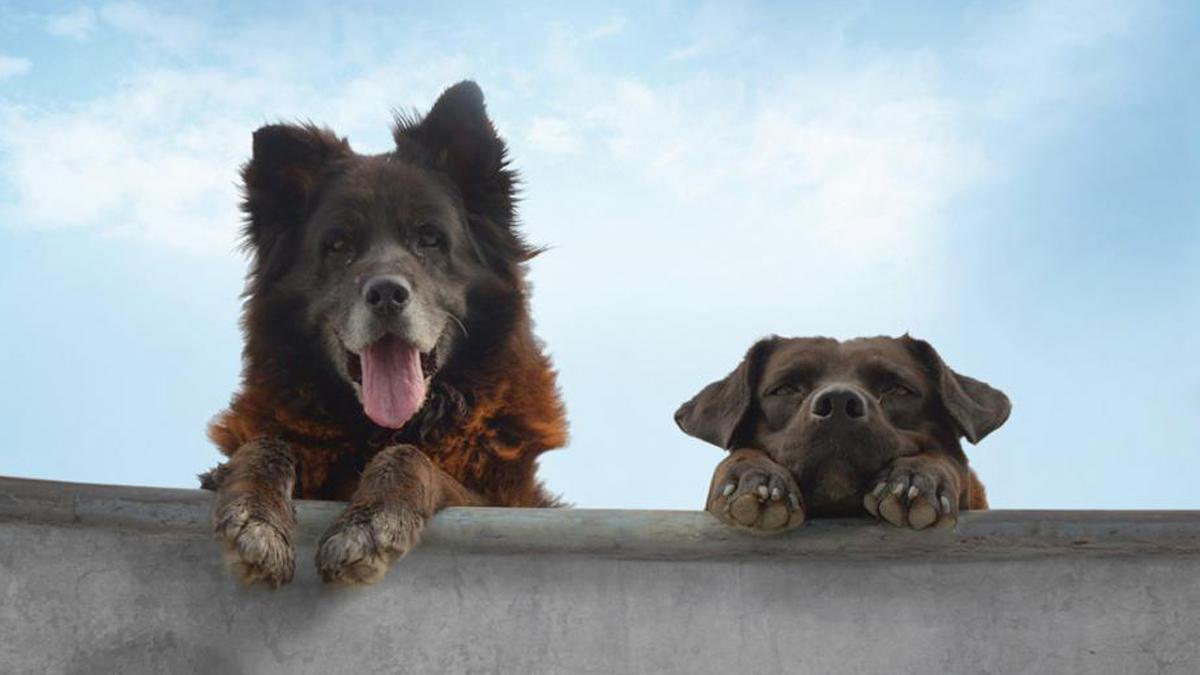 "This is as close to being a dog as you are likely to ever get."—Carlos deVillalvilla, Cinema365

The filmmakers set out to make a documentary about the teenagers who inhabit Parque de los Reyes ("Park of the Kings"), a skate park in Santiago, Chile. After several months of shooting, they found the focus of their film shifting to Chola and Fútbol, two inseparable stray dogs who reign over this urban oasis. The teenagers remain in the form of overheard conversations—fraught with anxieties over parents, puberty, and drugs—that counterpoint the Zen-like serenity of the two charismatic stars. Without cuteness or anthropomorphism, through carefully edited rhythms and sensitive, sensuous cinematography, LOS REYES brings the viewer into an authentically transhuman perspective, where tennis balls, raindrops, and insects loom large, while the broad cycles of mortality and the seasons work steadily in the background. In Spanish with English subtitles. DCP digital. (MR)