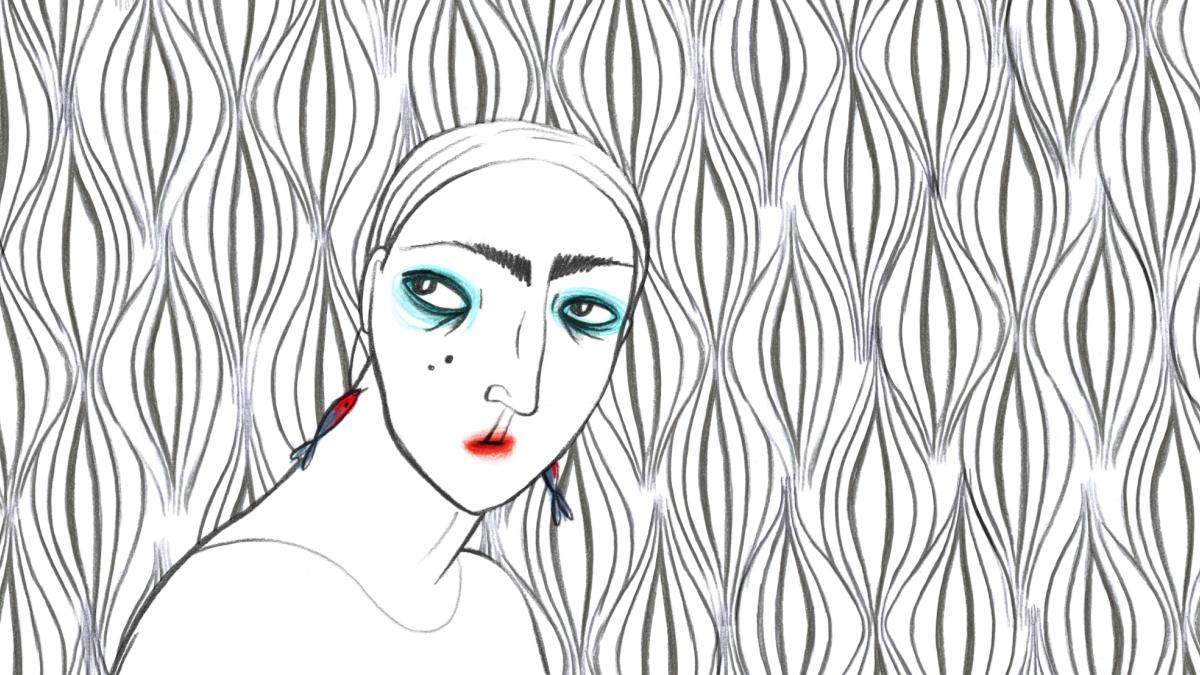 Screening followed by a discussion with filmmaker Marta Pajek, who will join us virtually. Free for SAIC and DePaul students; tickets will be released Sunday, October 16*.

“Pajek is quickly earning a reputation as one of the most gifted animators of her generation,” Philip Lewis, National Film Board of Canada

“Each of Pajek’s stories [are] simple at first, but filled with paradoxes and traps as we get deeper into them.” Tricky Women / Tricky Realities

Presented in partnership with DePaul University's School of Cinematic Arts and the Video Data Bank.

Marta Pajek is an animator from Kielce, Poland. She studied with renowned Polish animator Jerzy Kucia at Academy of Fine Arts in Krakow and Estonian animator Priit Pärn at the Turku Arts Academy. Her striking animations employ a minimal palette, clean lines, and negative space, cohesively merging hand-drawn animation with CGI. Her films include AFTER APPLES (2004), NEXTDOOR (2005), SLEEPINCORD (2011) and the acclaimed IMPOSSIBLE FIGURES AND OTHER STORIES trilogy. She has received multiple awards for her works, which have screened around the world, including, among others, the Cannes Film Festival, Ottawa International Animation Festival, Annecy International Animation Film Festival, and Tricky Women/Tricky Realities, as well as the GLAS Animation Festival, and Stuttgart International Festival of Animated Films, both of which awarded her their grand prize.