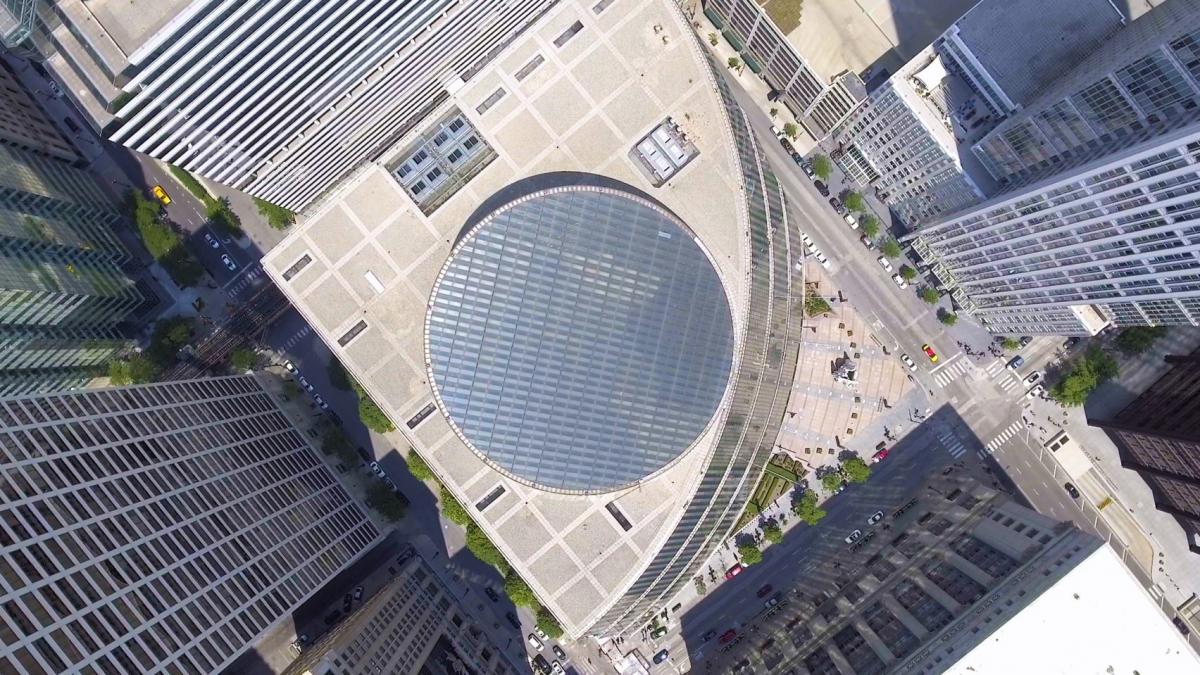 Director Nathan Eddy will be present for a Q+A following the screening.

This screening, presented by MAS Context and the Goethe-Institute Chicago, focuses on the architectural documentaries of Berlin-based filmmaker and journalist Nathan Eddy. Since 2013, Eddy’s film work has focused on the preservation efforts around Bertrand Goldberg’s Prentice Women’s Hospital, Helmut Jahn’s James R. Thompson Center, and Gerd and Magdalena Hänska’s Mäusebunker. Along with screening documentaries on these three buildings, this program will serve as the premiere of his new film Helmut Jahn: In a Flash on the late architect Helmut Jahn.

This event is part of MODERNISM AS CHARACTER, a three-part series of screenings, conversations, and discussions, featuring Modernist design, buildings, landscapes, allied arts, and ideas organized by Docomomo Chicago and the Gene Siskel Film Center. 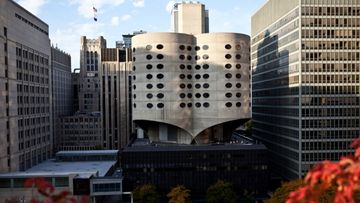 Who determines the future of the past? The battle for the preservation of former Prentice Women’s Hospital in downtown Chicago, a towering concrete cloverleaf designed by master modern architect Bertrand Goldberg, opens a new chapter in the fight to save brutalist architecture. 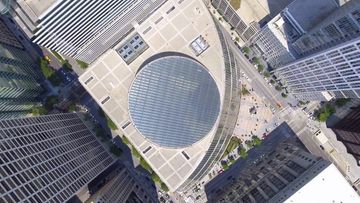 Architect Helmut Jahn’s kaleidoscopic, controversial State of Illinois Center is a run-down rusty shadow of its former self. The blockbusting building divided critics and the public upon opening in 1985, but as postmodernism receives a cultural reevaluation, will preservationists persevere in protecting this epoch-defining architectural extravaganza? 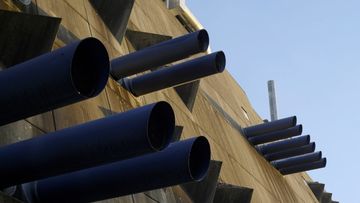 Berlin’s brutalist heritage is under fire. The city’s powerful Charité hospital wants to demolish the notorious former animal research facility known as the Mäusebunker, but a stalwart group of gallerists, architects, and preservationists push to landmark and reuse this uncompromisingly unique work of architecture. Preservation can be brutal. 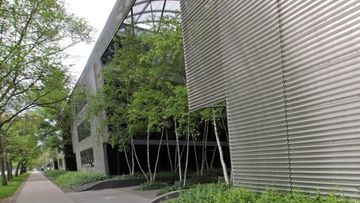 Helmut Jahn was an endlessly inventive, persistently evolving architect in possession of astounding nerve and unflagging creative exuberance. An interview from June 2016, conducted in Jahn’s Chicago office, sheds light on his approach to design, his personal evolution as an architect, and the challenges facing the contemporary city. 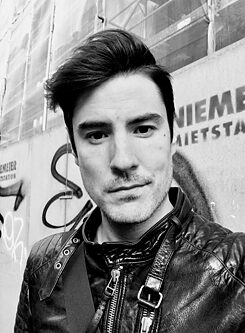 Nathan Eddy is a Berlin-based filmmaker and journalist raised in Rhode Island, USA. He studied journalism, architecture, and filmmaking at Northwestern University, just outside Chicago, before moving to Germany in 2008.

In addition to his work as a writer and filmmaker, Eddy has worked with preservationists across the globe to aid landmarking efforts for endangered works of modern and postmodern architecture.

Among his most controversial projects was the successful effort to save Philip Johnson and John Burgee’s AT&T Building in Midtown Manhattan from disfigurement. The epochal skyscraper received landmark status less than a year after Eddy organized a petition and protest in October 2017.

About the Presenting Organizations

MAS Context is a nonprofit organization based in Chicago that addresses issues that affect the urban context. We currently develop our work through four core initiatives: our topic-based publications, our public events, our online series Observations, and our series of conversations with Chicago-based practitioners. For more information, please visit www.mascontext.com

The Goethe-Institut is the cultural institute of the Federal Republic of Germany with a global reach. We promote knowledge of the German language abroad and foster international cultural cooperation. We convey a comprehensive image of Germany by providing information about cultural, social and political life in our nation. Our cultural and educational programs encourage intercultural dialogue and enable cultural involvement. They strengthen the development of structures in civil society and foster worldwide mobility. For more information, please visit https://www.goethe.de/ins/us/en/sta/chi.html

Docomomo Chicago is a non-profit organization dedicated to the preservation and appreciation of Modernist buildings, landscapes, and allied arts.  Our members include design enthusiasts, architects, preservationists, historians, and students. We sponsor lectures, tours, and advocacy efforts that celebrate and enhance awareness of Chicagoland's modern built and cultural heritage. For more information, and/or to become a member, please visit us at: www.docomomo-chicago.org