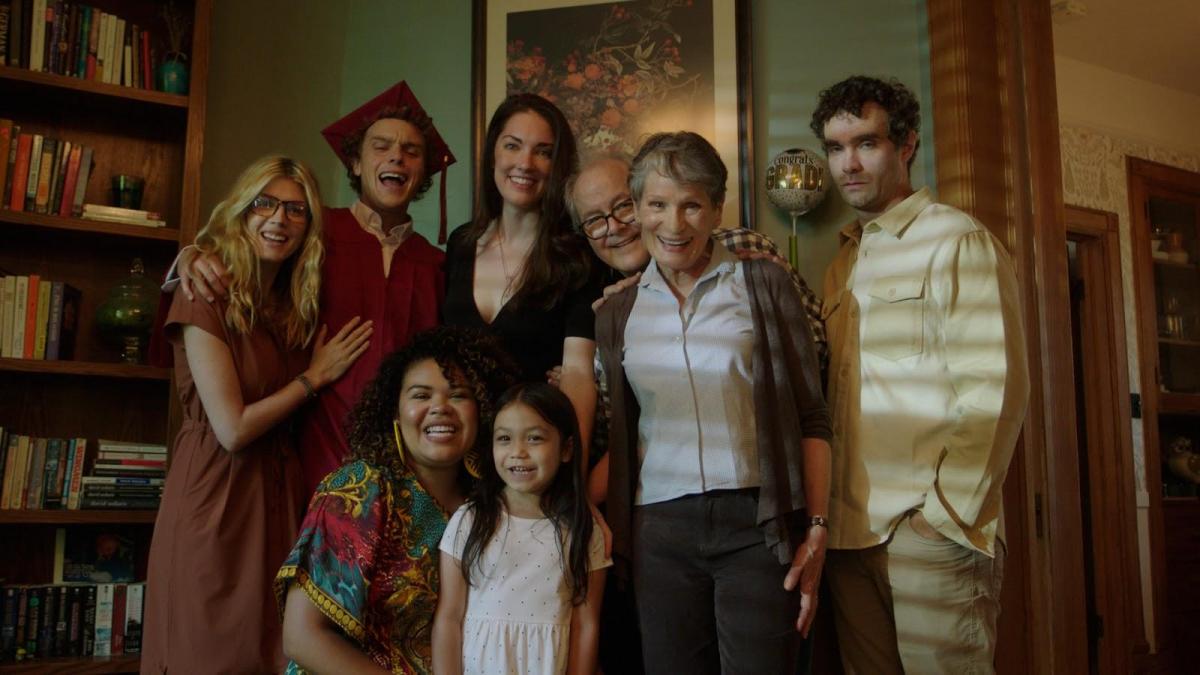 Each screening will be followed by a Q&A with select cast and crew (details below).

"One of the first great films I've seen in 2022...RELATIVE is an impeccably cast, superbly directed and utterly captivating ode to the spontaneity and resilience of human connection" - Matt Fagerholm, RogerEbert.com

RELATIVE is a comedy/drama about three days in the life of a modern American family. Karen Frank (TWIN PEAKS' Wendy Robie) and her husband, David (Steppenwolf Ensemble member Francis Guinan), are retirement-age progressive activists who have lived in the same Victorian home in Chicago’s Rogers Park neighborhood for 30 years. It's the house in which their four children grew up and where two of their children, adult sons Benji and Rod, still live. On the eve of Benji’s graduation from college, daughters Evonne and Norma return home from out-of-state for a weekend celebration. Evonne brings her daughter, Emma, and newly separated wife, Lucia; Norma arrives alone, with thoughts of wasted potential as she reconsiders her suburban life; Rod, an unemployed burnout, pines for Sarah, the “cam girl" ex who left him years ago; and all Benji wants to do is escape the party to rendezvous with Hekla, a free-spirited actress he met the night prior. As David and Karen announce the potential sale of their home, each member of the Frank family finds their bonds with the others being tested – and strengthened – in surprising ways.

Comes with reserved seating, ticket to the movie and post-film VIP afterparty including one complimentary beverage (only available for the Friday, June 10 screening).