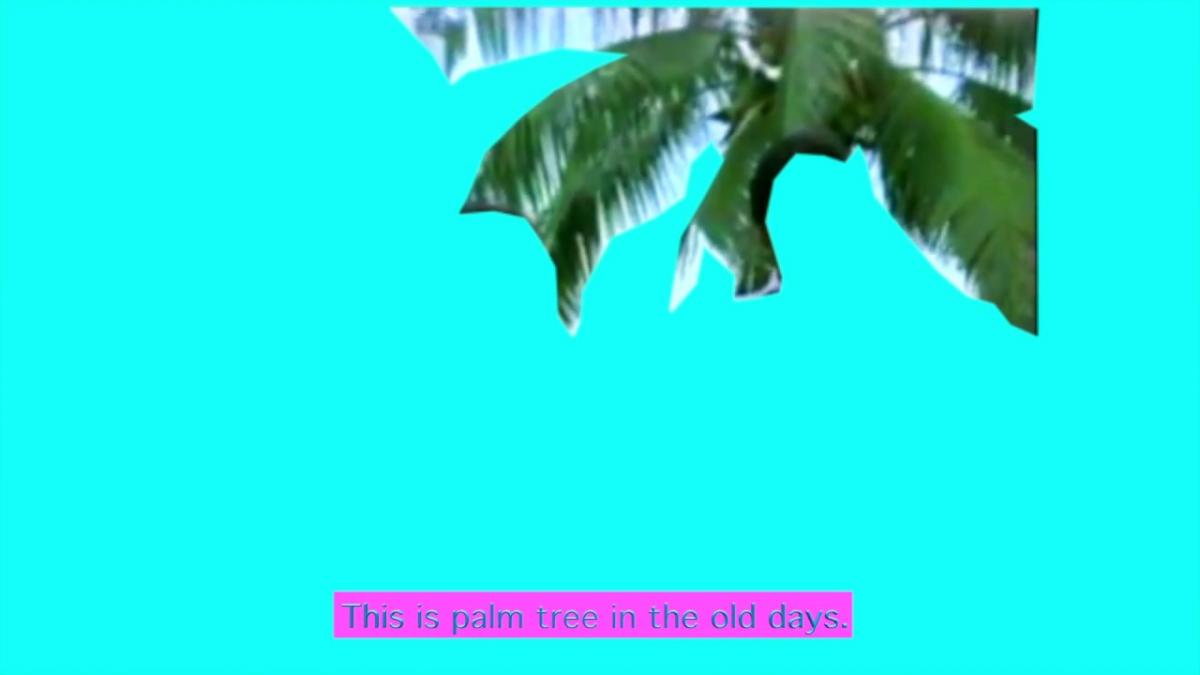 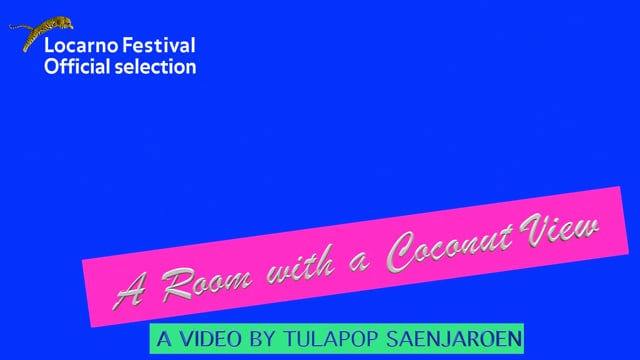 Tulapop Saenjaroen’s darkly funny and breathtakingly original films offer incisive commentaries on work, leisure, tourism, and self-care in today’s relentless culture of self-improvement. Borrowing elements from social media, meditation apps, virtual assistants, and cinema history, Saenjaroen’s works also ponder the ways proliferating media imagery shapes our inner and outer lives. In the award-winning A Room with a Coconut View (2018), artificial intelligences attempt to explore the Thai resort town of Bangsaen through video tours and tourist snaps before going off the existential rails. In People on Sunday (2020), Saenjaroen considers the labor of leisure in this homage to the 1930 German film Menschen Am Sonntag.

Tulapop Saenjaroen (SAIC 2009) is an artist and filmmaker based in Bangkok. His recent works interrogate the correlations between image production and production of subjectivity as well as the paradoxes intertwining control and freedom in late capitalism. Saenjaroen's works have been shown internationally in exhibitions and screenings including the Locarno Film Festival, International Film Festival Rotterdam, International Short Film Festival Oberhausen, Image Forum Festival in Tokyo, Curtas Vila do Conde, 25 FPS in Zagreb, Kasseler DokFest, Vancouver International Film Festival, Bangkok Art and Culture Centre, Display gallery in Prague, and Moscow International Biennale for Young Art, among many others. He has won awards from Winterthur, Jakarta, Moscow, and Thailand. He holds a master of fine arts in fine art media from the Slade School of Fine Art, a master of arts in aesthetics and politics from California Institute of the Arts, and a bachelor of arts from the School of the Art Institute of Chicago. 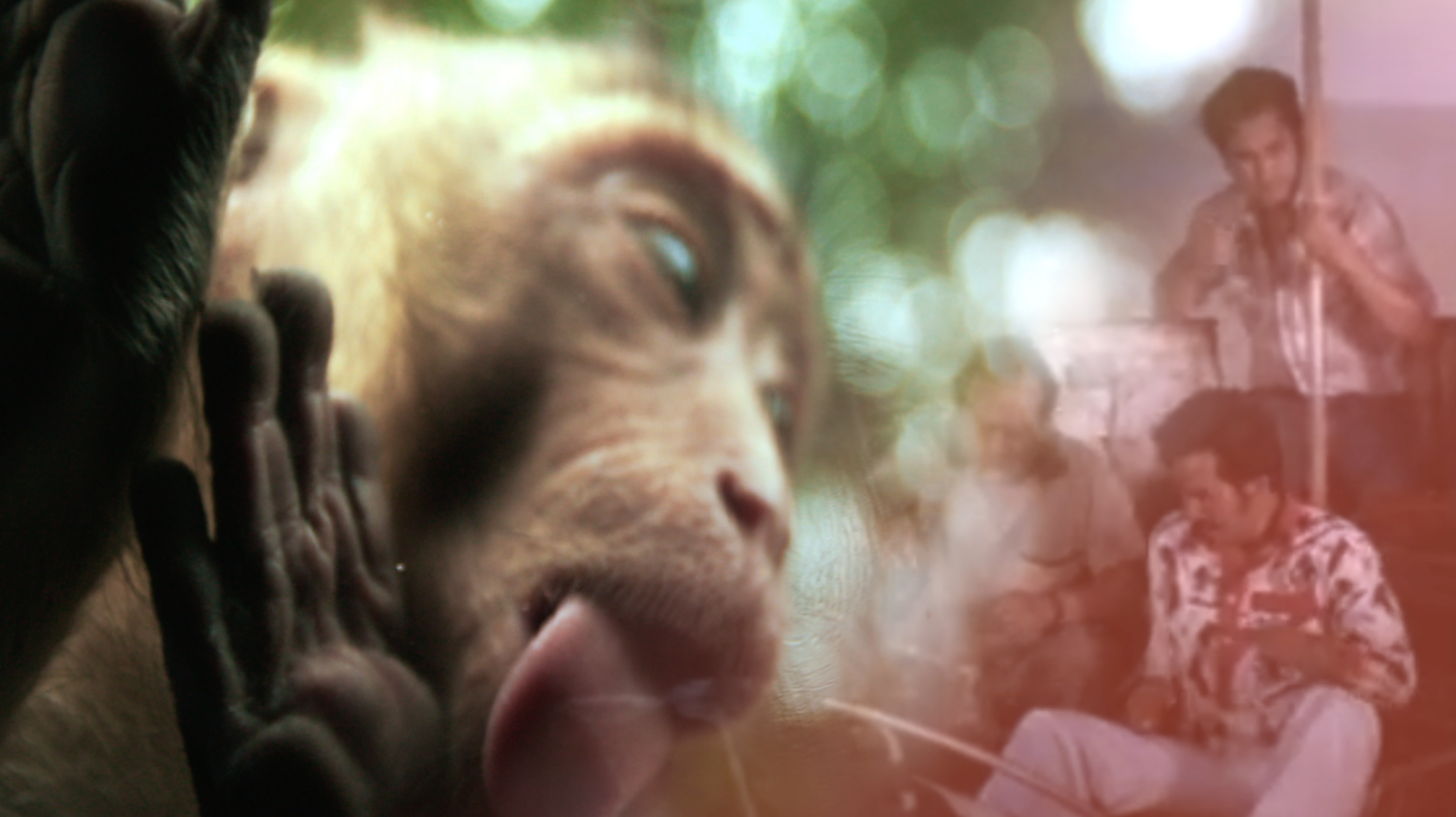 A Room with a Coconut View tells a story of Kanya, a tour guide and hotel rep automated voice, who leads her foreign automated-voice guest Alex through a deceptively aestheticized beach town in the east of Thailand. Dissatisfied by the sanitized tourist images, Alex decides to explore alone. Local corruption becomes intertwined with the history of Thai cinema, and Alex begins to question how images have been used to mediate his understanding of the world. 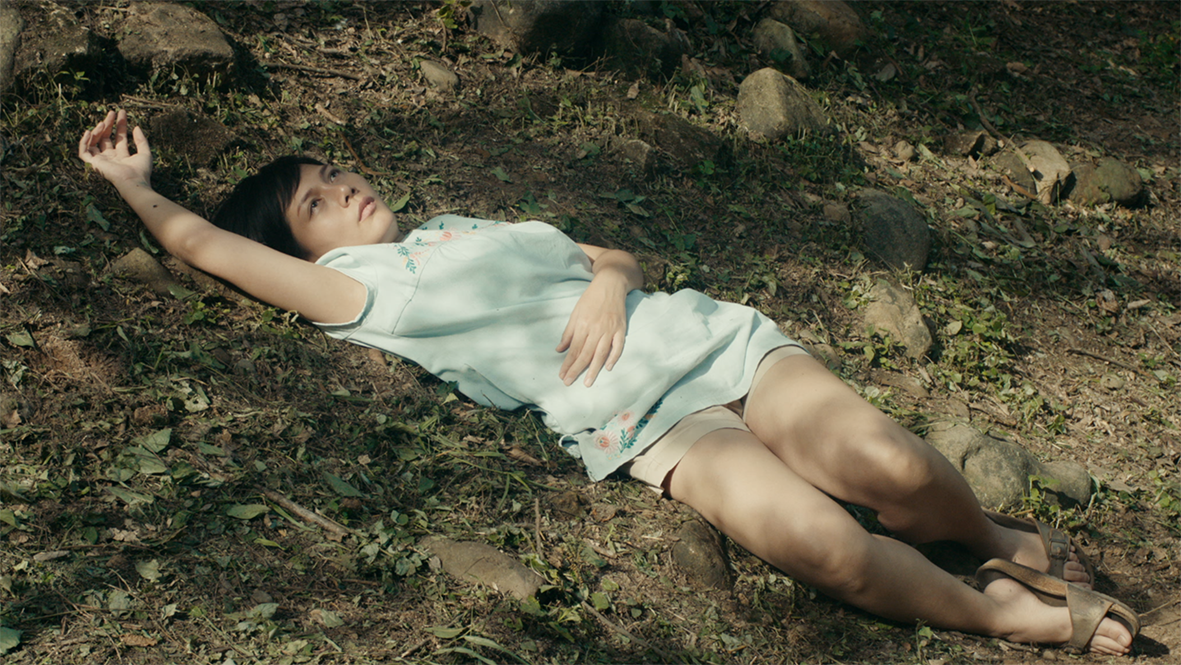 People on Sunday is a reinterpretation, a response, and an homage to the 1930 German silent film Menschen Am Sonntag. The original film was one of the first to promote itself as “a film with no actors,” employing only amateur actors and non-actors on Sundays, their days off. In Saenjaroen’s version, shot in the context of contemporary Thailand, moving image-related workers are employed in a performance-art video project about free time. 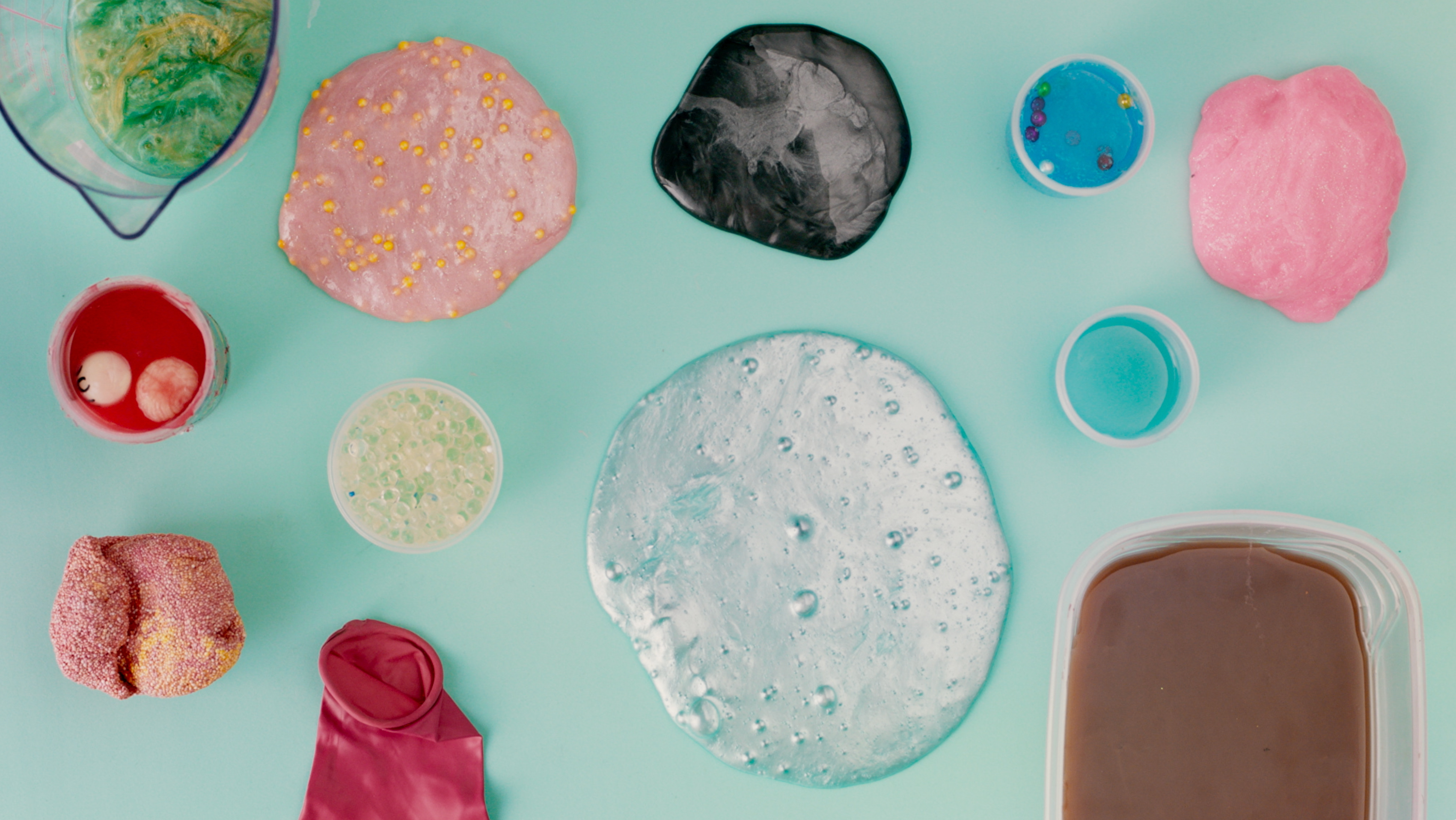 Squish! is a meditation on the self through lurid and liquid forms, filtered through both old and foreseeable technology informed by Thai animation history and contemporary culture. Centered around a fictionalized antidepressant app programmed to encourage users to move body and mind, Squish! also meditates on movement of all kinds—psychological, physical, and political. 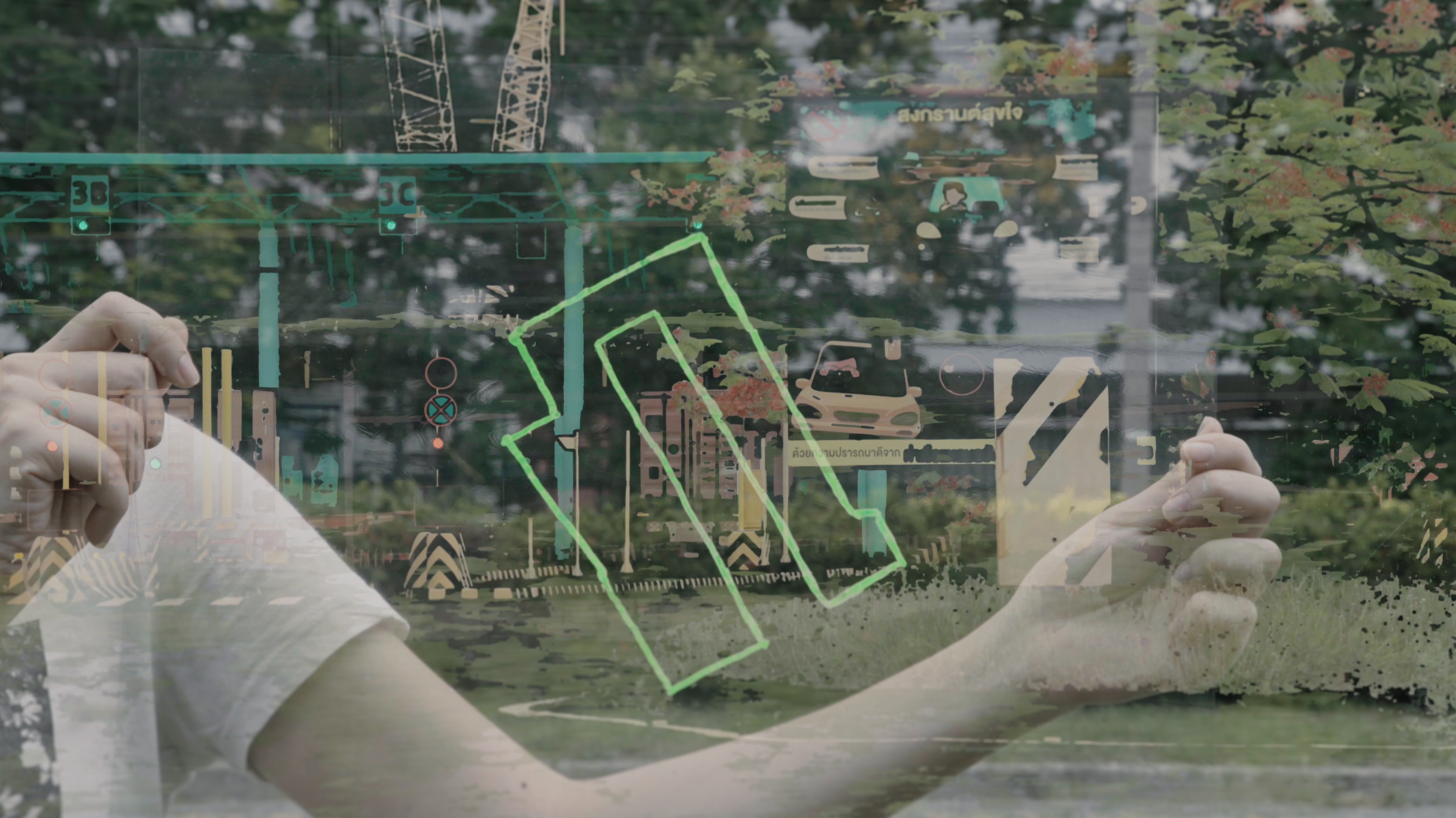 Mainly shot in the peripheral areas of the ever-expanding Laem Chabang port city in Chon Buri, Thailand, Notes from the Periphery explores themes of territoriality, globalized networks, and ownership, weaving together a meditation on the life cycle of barnacles with images of trade, fishermen, and shipping containers used as barricades against demonstrators in Bangkok.