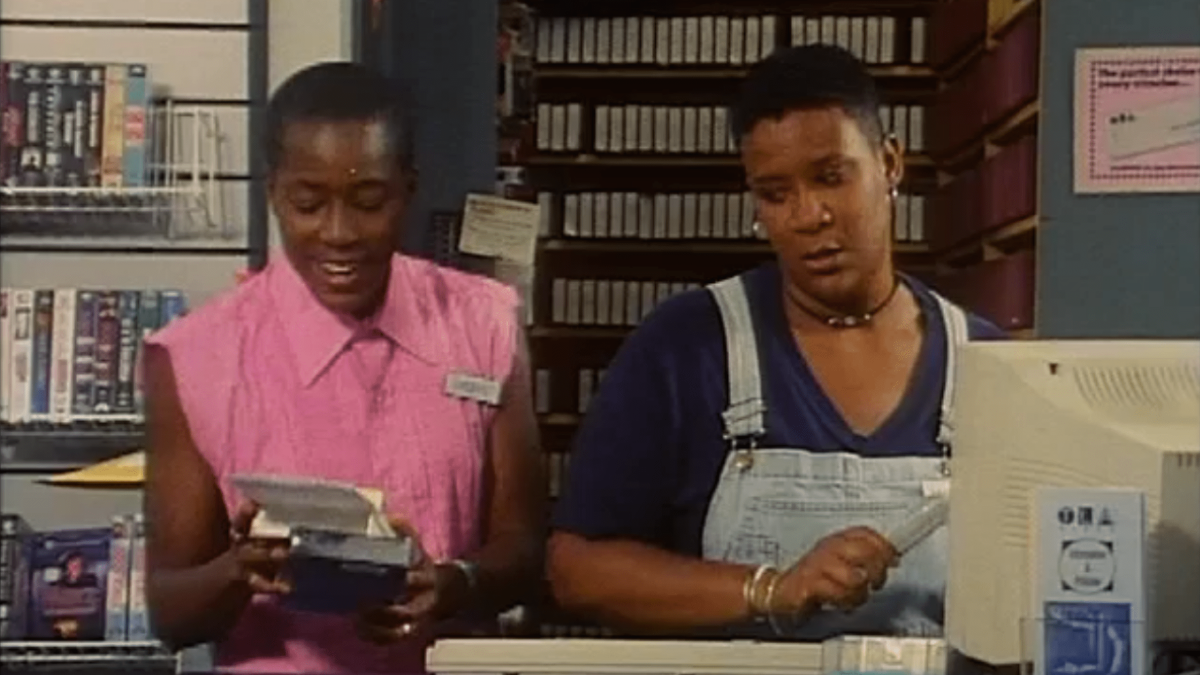 “THE WATERMELON WOMAN gives us something we don't see much of in film -- young black women claiming their space and sharing it with the rest of us.” - Rosalind Bentley, Minneapolis Star Tribune

“In creating a rich, complex film about the processes of filmmaking and the intersections of identity, Dunye's THE WATERMELON WOMAN gets at the risk and reward involved in creating one's own history, which so often melds truth with fiction.” - Alyx Vesey, Bitch Media

August 2 & 6 | With her first feature, writer-director-punk archivist-actor Dunye portrays “Cheryl,” a 20-something video store employee with big dreams to open her own production company, who is in a complicated courtship with the politically tone-deaf Diana. Preserved by the UCLA Film & Television Archive with funding provided by 13th Gen, Outfest, The Andrew J. Kuehn Jr. Foundation, TIFF, First Run Features & Yves Averous.