2021 marks the fourth year that the Richard and Ellen Sandor Family Black Harvest Film Festival Prize has been awarded to a short film director and the first year the prize has been expanded to also honor a feature film director. The prize awards $2500 to the best feature film and $1000 to the best short film screened during the Gene Siskel Film Center’s annual Black Harvest Film Festival. This year's Sandor Prize winners were chosen by a prestigious jury of filmmakers, producers and cultural leaders. Through honoring excellence in filmmaking, the wish of the Sandor Family is to honor the best filmmakers of color with the intention that the award would encourage them to continue their work as storytellers and media artists.

The prize for best feature film will be awarded to Dave Wooley, writer, producer, and co-director (with David Heilbronner) of DIONNE WARWICK: DON’T MAKE ME OVER, an inspiring and vibrant documentary portrait of Warwick’s luminous six-decade (and counting) career and activism in the Black and LGBTQIA+ communities.
The award will be presented in person to Wooley on Friday, November 5 at the 27th Black Harvest Film Festival’s Opening Night screening of his film, DIONNE WARWICK: DON’T MAKE ME OVER.

The Richard and Ellen Sandor Family Black Harvest Film Festival Prize for best short film of the festival will be awarded to Caralene Robinson, director of REOPENING, the story of a young woman who ventures out for the first time after suffering months of depression during a lonely confinement as a recent transfer to a new city right before a pandemic.
The short film award will be presented either virtually or in person to Robinson on Sunday November 21 before the 3:30pm presentation of the shorts program, INNOVATION IN MOTION, in which her short film, REOPENING, is featured.

Each year the Legacy Award is presented to an individual who has a history of contributing to or a substantial impact on the arts in Chicago as it relates to the Black community.

Award will be presented in person on Sunday, November 7 before the 1:00 screening of PRISM. 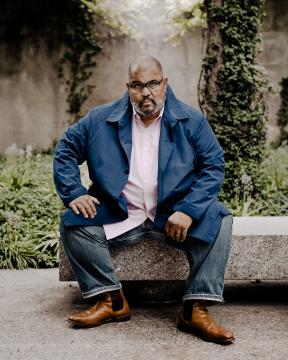 Dawoud Bey began his career as a photographer in 1975 with a series of photographs, “Harlem, USA,” that were later exhibited in his first one-person exhibition at the Studio Museum in Harlem in 1979. His work has since been the subject of numerous exhibitions and retrospectives at museums and galleries worldwide.

His most recent retrospective exhibition Dawoud Bey: An American Project opened at the San Francisco Museum of Modern Art in early 2020 and traveled to the High Museum of Art, Whitney Museum of American Art, and the Museum of Fine Arts Houston. His work has been the subject of several monographic publications, and his writings have appeared in a range of publications.

Bey is the recipient of the McArthur Foundation “Genius” Fellowship, a John Simon Guggenheim Memorial Foundation Fellowship, a fellowship from the National Endowment for the Arts, and a Lifetime Achievement Award from Howard University among others.

Dawoud Bey has a Master of Fine Arts degree from Yale University School of Art, and is currently Professor of Art and a former Distinguished College Artist at Columbia College Chicago, where he has taught since 1998.