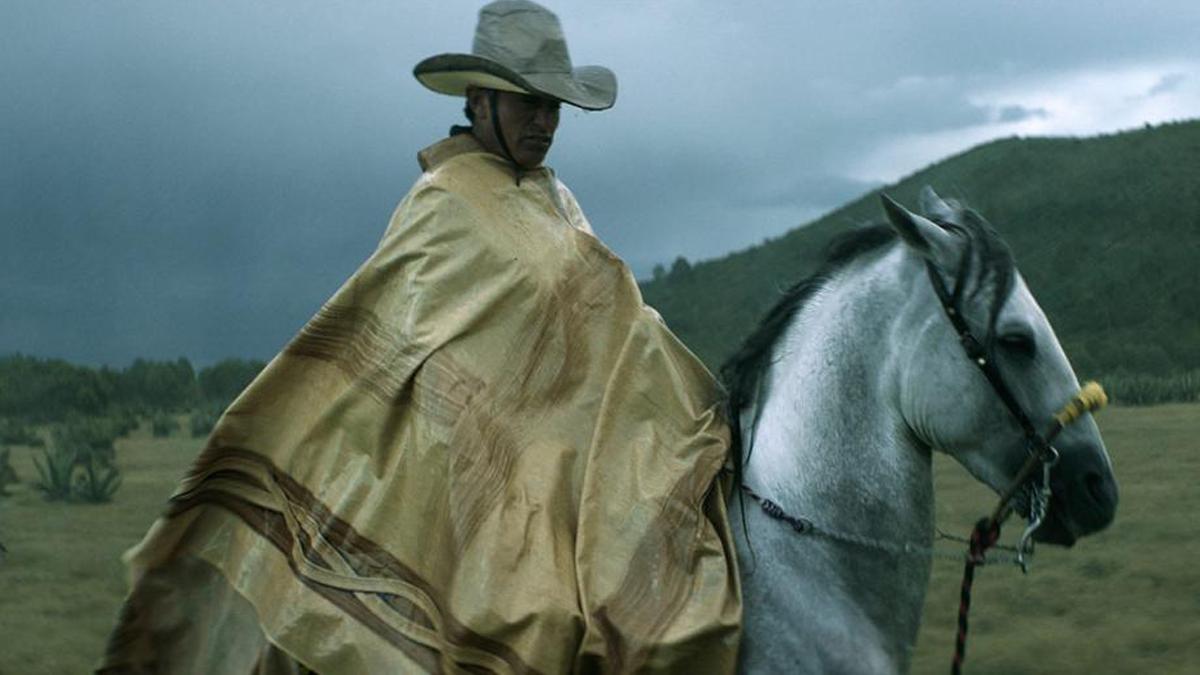 “One of the year’s most thought-provoking and spellbinding releases…profound in intention and poetically grand in scope.”—Carlos Aguilar, The Wrap

Eroticism, lust, and jealousy make for a volatile mix in this raw, visually all-encompassing chronicle of a disintegrating marriage. In emotionally risky, close-to-the-bone casting, director Reygadas (POST TENEBRAS LUX, BATTLE IN HEAVEN) plays Juan, a poet and prosperous bull-rancher in central Mexico, while his real-life wife López plays Juan’s filmmaker wife Esther. Their casually open relationship reaches a crisis when Esther atypically hides her new affair with Phil (Burgers), a genial American ranch hand. The film’s powerful imagery from nature grounds the story in the most elemental animal-world struggle for dominance, survival, and procreation, and yet paradoxically serves to launch it into a metaphysical realm where the mystery of human life with all its raging desires takes on a supernatural dimension. Cinematography by Diego García (NEON BULL, CEMETERY OF SPLENDOUR). In Spanish with English subtitles. DCP digital widescreen. (BS)